Zelenskyy urges Jews to speak out against killing of peaceful Ukrainians 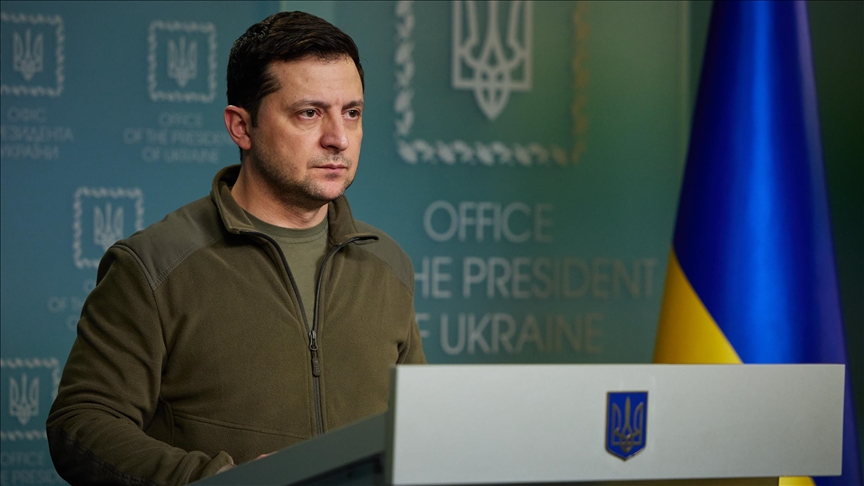 President Volodymyr Zelenskyy on Wednesday called on Jews around the world not to be silent and speak out against the killing of Ukrainian citizens amid Russia’s ongoing military operation on the territory of its neighbor, News.Az reports.

The Russian missile attack, targeting a TV tower near Kyiv, hit the site of the Babi Yar Holocaust memorial. A spokesperson for the memorial said a Jewish cemetery at the site was damaged.

"I am now addressing all the Jews worldwide. Don't you see what is happening? That is why it is very important that millions of Jews around the world should not remain silent right now," Zelenskyy said in his video address.

At least five people were killed and five others injured in a missile strike on a television tower in Kyiv, according to Ukrainian officials.

UN figures estimate that at least 136 civilians, including 13 children, have been killed and 400 others, including 26 children, injured since the beginning of the conflict.

The next round of talks between Russia and Ukraine is expected to take place today in Belovezhskaya Pushcha in Belarus.

The first round of the talks was held in the Gomel region of Belarus on February 28, during which the parties thoroughly discussed all issues on the agenda to reach a common position, according to media reports.