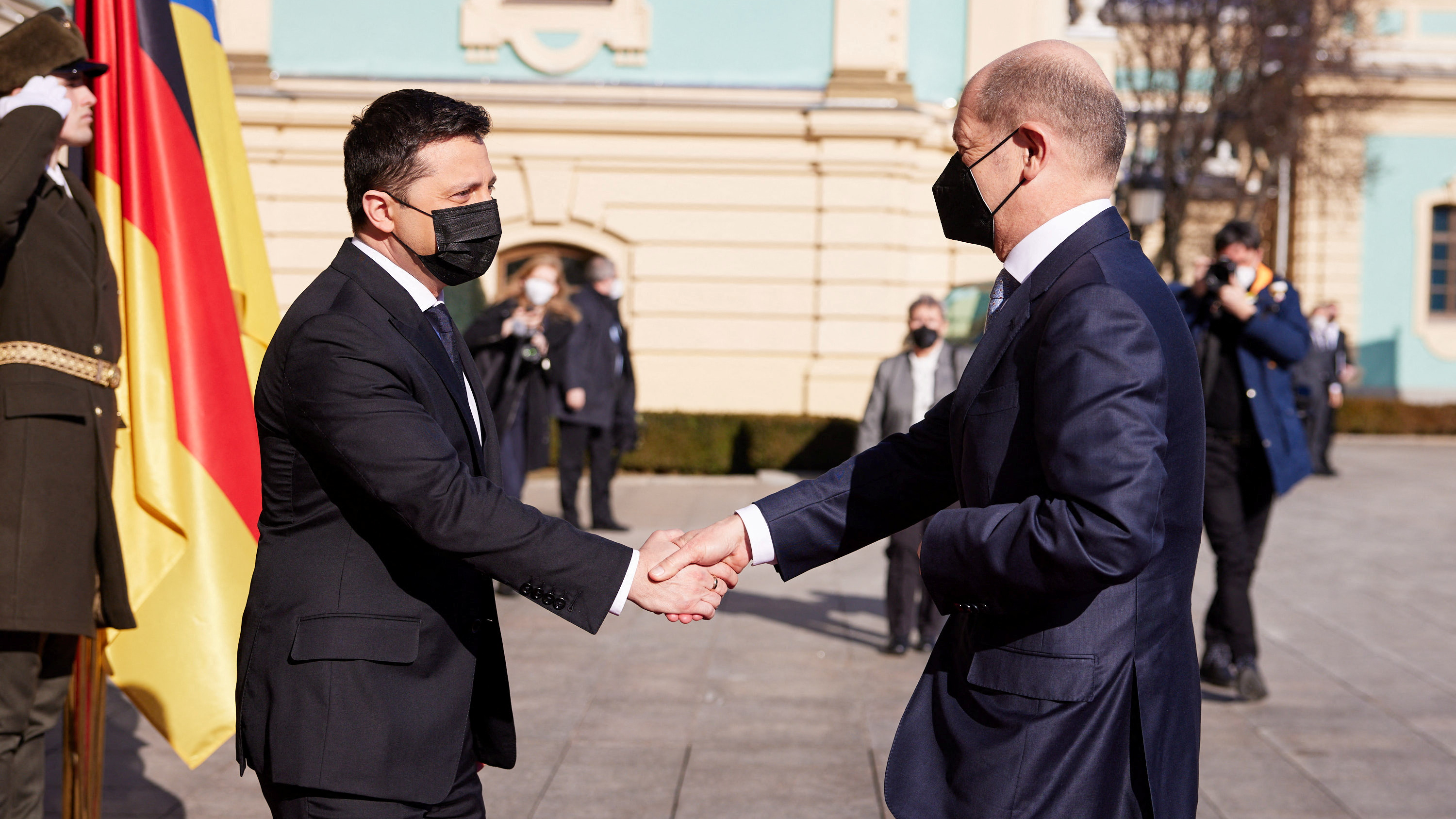 Zelenskyy said on Twitter that he discussed with the German chancellor the situation on the frontline and further sanctions against Russia.

“Held productive talks with Olaf Scholz.  Discussed the situation on the frontline, further pressure on Russia, sanctions increase, the prospects of peace. Appreciate Germany’s support, including defensive one. We count on further German assistance on Ukraine’s path to full membership in the EU,” Zelenskyy tweeted.