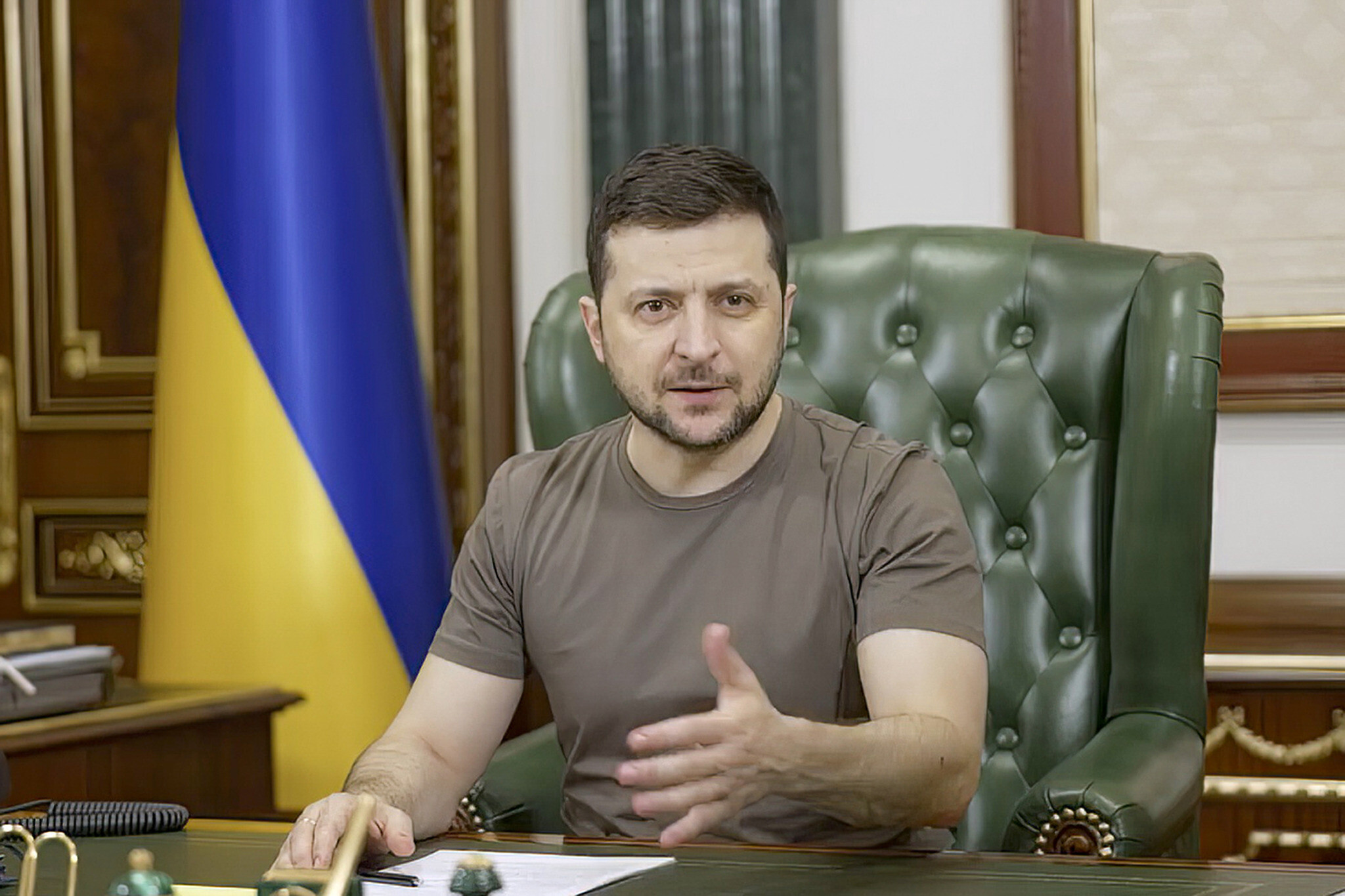 Ukrainian President Volodymyr Zelensky has urged Canada to "do more" to protect his country from Russia in an address to a joint session of Canada's parliament, News.az reports citing BBC

Mr Zelensky received a lengthy standing ovation from parliamentarians in Ottawa and cheers of "glory to Ukraine".

The president thanked Canada for its continued support but renewed a plea for a no-fly zone over his country.

Speaking virtually from Ukraine to a packed crowd in the House of Commons to members of parliament, senators and dignitaries on Tuesday, Mr Zelensky thanked Canada - a "steadfast supporter" - for ongoing military and humanitarian assistance being offered to Ukraine.

But he called on them to do more, asking again for a no-fly zone to be imposed over Ukraine.

Canada and its Nato counterparts have refused to enforce a no-fly zone, saying it could pull the military alliance into a direct war with Russia. Asked about a no-fly zone on Tuesday, Foreign Affairs Minister Mélanie Joly said Canada had not changed in its opposition to the tactic.

"We need to be sure we're not triggering an international conflict," she said.

On Tuesday, Mr Zelensky received an introduction by Canadian Prime Minister Justin Trudeau, who welcomed the president and applauded his bravery.

"You're defending the right of Ukrainians to choose their own future," Mr Trudeau said. "Democracies around the world are lucky to have you as our champion."

Canada has promised more than C$145m ($113m; £87m) in humanitarian assistance to Ukraine this year.

There are 1.4 million Ukrainian-Canadians, making up the world's second-largest Ukrainian diaspora outside of Russia.

The Russian foreign ministry said on Tuesday it had added Mr Trudeau as well as Ms Joly and Defence Minister Anita Anand to its so-called "black list", banning them from entering Russia.

Mr Zelensky has made several appeals to world leaders in an effort to boost support for Ukraine. Last week, he gave a virtual address to the UK House of Commons and he will deliver a speech to the United States Congress on Wednesday.