Zangezur corridor will open new opportunities for all the countries of the region, President says 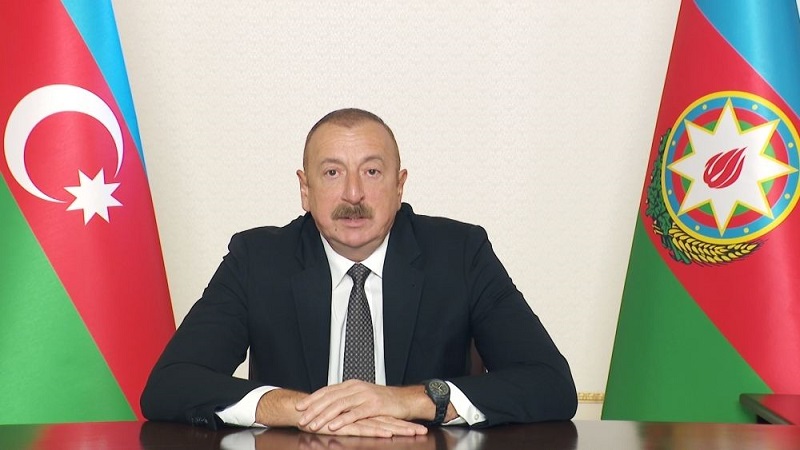 Despite 30 years of occupation and large-scale destruction and devastation on the liberated territories, Azerbaijan is ready to look to the future, President of Azerbaijan Ilham Aliyev said, speaking during the videoconference discussions of the Nizami Ganjavi International Center "South Caucasus: Prospects for Regional Development and Cooperation".

"Now after the Nagorno-Karabakh has been resolved, primarily by Azerbaijan and then by the joint declaration of the 10th November last year, we need to look to the future, to plan the future as a part of the integrated region of the South Caucasus," the head of state said.

"We hope that the time will come that we will really talk about active cooperation in the South Caucasus and integration. And we have already made very important proposals and initiatives, by the way, which were reflected in the joint declaration of November 10th, 2020, particularly with respect to opening communications and opening of new transportation corridors. I can tell you that the work has already started on the implementation of this project, and Azerbaijan already allocated technical and financial resources for that. And when the Zangezur corridor is opened, it will open new opportunities for all the countries of the region," President Aliyev noted.

According to the president, Azerbaijan is open to cooperation and planning a common future.

"Because we are neighbors, whether we like it or not, we have to live side by side, and we need to learn once again how to live side by side. It is not easy, emotions are here. Especially when Azerbaijani people visit liberated territories and see total destruction, you can imagine what kind of emotions they have. But the role of politicians is to defend their agenda and to explain that only through interaction we can provide sustainable development, peace, and security in the region," Ilham Aliyev said.