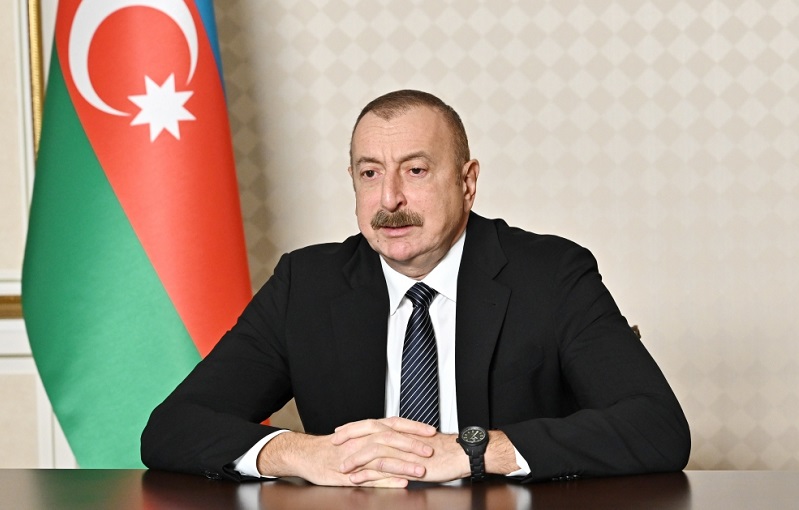 The Zangazur corridor will create additional opportunities for Azerbaijan and neighboring countries, of course, Azerbaijan’s President Ilham Aliyev said as he received in a video format Vahid Hajiyev due to his appointment as Special Representative of the President in Zangilan district, which is included in East Zangazur economic region, News.Az reports.

The head of state noted that Azerbaijan will also connect the main part of Azerbaijan with the Nakhchivan Autonomous Republic through the Zangazur corridor, and a completely new transport corridor will be opened.

“Considering that Azerbaijan has recently received a number of requests from the eastern part of the Caspian Sea, as well as the fact that both the number of those interested in sending cargo across the territory of Azerbaijan and the volume of cargo are growing, the Zangazur corridor will create additional opportunities for us and neighboring countries, of course,” he said.

“I can say that we have attached great importance to the transport sector in recent years, for about 10-15 years. This is exactly why we are capable of accepting and transiting any cargo now. We are doing that and our capabilities will further increase,” President Aliyev added.