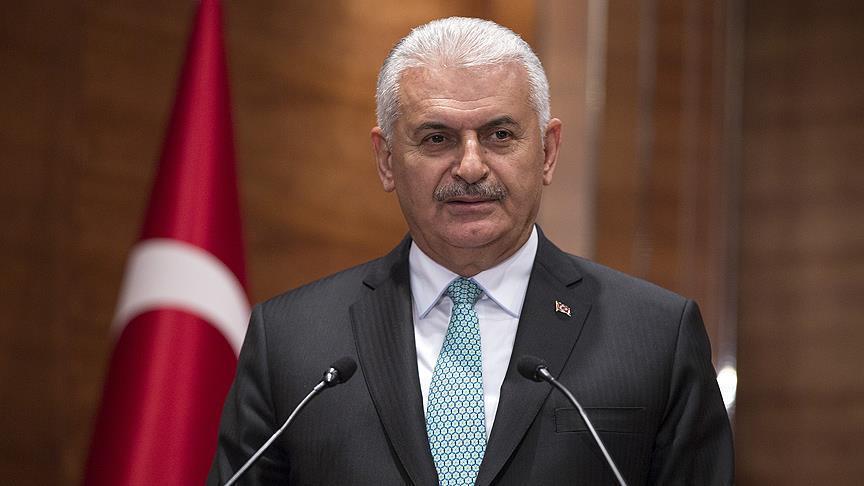 The U.K. has entered a new period of improving relations with Turkey and Turks living here have an important duty to develop those ties, Turkish Prime Minister Binali Yildirim said Wednesday, according to Anadolu Agency.

“Our common value is making our country … reach a good position in the world and in the region,” Yildirim told representatives of the U.K.’s Turkish community at the Four Seasons Park Lane Hotel. “This is a common wish of all of us,” he said.

“I exempt those who want to divide the country and serve others. Terror organizations can not have a place among us,” he said. “Those who can not digest our country’s unity, togetherness, flag and unitary structure should not have a place among us, whoever they are. Our struggle is for four things: One state, one flag, one nation and one country. This is indispensable for us.”

Relations between Turkey and the European Union are not at the level that we want, Yildirim said. "Especially in the past year, after the July 15 coup attempt, the relations have reached a chill.”

Most EU countries did not condemn the deadly coup attempt that martyred 249 people and injured more than 2,200 others, according to Yildirim who said the U.K. condemned the attempt from the beginning and said clearly it was in solidarity with the Turkish government.

“This was actually a voice that we needed that day and it differentiates [the U.K.] from other countries in Europe. After this episode, relations between the U.K. and Turkey have gained a different dimension,” he said.

The Turkish premiere on Thursday will address an international conference on Somalia and hold various meetings with heads of states and governments during the high-level event.