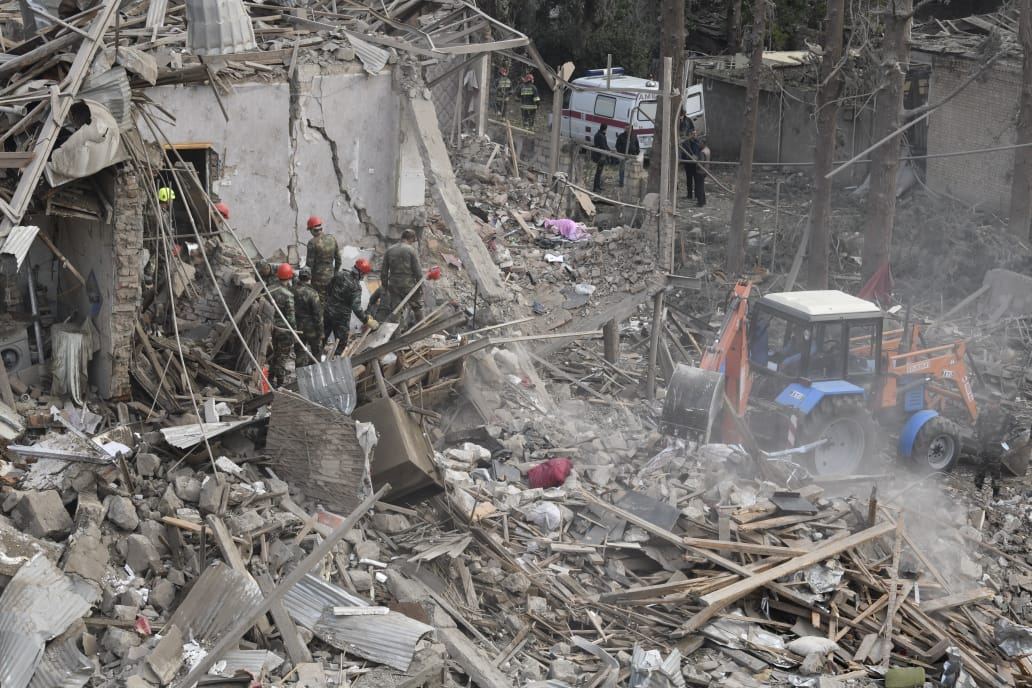 On October 11, 2020, at about 2:00 am, the Armenian armed forces fired missiles at multi-apartment residential buildings in the central part of Ganja, Azerbaijan's second largest city, located outside the frontline zone. According to the latest data, 9 civilians, including 4 women, were killed, 34 civilians, including 16 women and 6 children wounded, more than 10 of the buildings and over 100 objects of different designation damaged as a result of the missile attack.

Commenting on the Ganja attack, the political analyst said by killing innocent people, including women and children, Armenia was aimed at forcing Azerbaijan to retaliate by striking accurately at military positions on the territory of Armenia, where medium-range missile were fired.

He noted that if this happened [Azerbaijan retaliated], Yerevan would immediately appeal to Moscow with a request to fulfill the relevant obligations to protect the Armenian territory, which the Kremlin repeatedly reaffirmed last week.

“It should be noted that the terrorist attack against Ganja was carried out in, so to speak, automatic mode. Yerevan did not take into account the completely changed situation both inside the conflict zone and outside it. Most importantly, Pashinyan’s team did not understand that no one in Russian leadership believes in it and does not even intend to recognize the fakes spread by Yerevan,” the political analyst added.

Petrov stressed that the Ganja attack was organized according to the old scheme – “we commit a crime, deny the fact of a crime and blame Azerbaijan for everything”.

“However, the old scheme does not work anymore. Armenia’s Defense Ministry on Sunday denied hitting Ganja, but no one doubted the falsity of this denial,” he said.

According to the analyst, the effect of the terrorist attack was intensified by the fact that Azerbaijan did not immediately respond with blow to blow, but remained committed to the humanitarian ceasefire.

“Thus, the international community saw that in the conflict there is still no uncertainty, indistinguishability of right and wrong, but there is an aggressor side – Armenia – and a country suffering from aggression and force to defend itself – Azerbaijan. Armenian rocket troops inhumanely destroyed a house with women and children. Is there any logic in this? Of course there is, but it has nothing to do with the logic of normal human civilization and culture,” he added.

“I think that the Ganja attack will be unconditionally condemned by the international community. This should be expected after representatives of foreign embassies in Azerbaijan visit the crime scene today and eyewitness the consequences of the terrorist attack. The case is so egregious that no lobbying will be able to completely silence it. There is a red line, and Yerevan crossed it the day before,” the political analyst concluded.