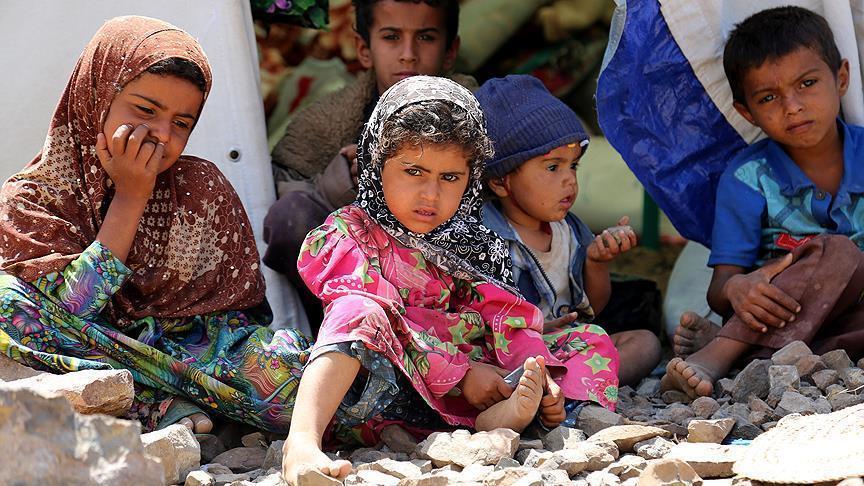 The United Nations said it hopes to raise $3.85 billion on Monday to prevent large-scale famine in Yemen, warning that life in the war-ravaged nation was unbearable, with children enduring a "special kind of hell", AFP reports.

More than 100 governments and donors will take part in a virtual donor conference -- co-hosted by Sweden and Switzerland -- as Yemen's Huthi rebels push to seize the government's last northern stronghold.

Tens of thousands of people have been killed and millions pushed to the brink of famine in the six-year-old conflict, which the UN describes as the world's worst humanitarian crisis.

But with aid funding dropping in 2020 amid the coronavirus downturn, resulting in the closure of many humanitarian programmes, the situation in the country has become even more dire.

The UN and its partners last year received $1.9 billion -- about half of what was required.

It called Monday for "immediate funding" to support 16 million people in Yemen, where some two thirds of the population is in need of some form of aid to survive.

"For most people, life in Yemen is now unbearable. Childhood in Yemen is a special kind of hell. This war is swallowing up a whole generation of Yemenis," said UN Secretary General Antonio Guterres.

"We must end it now and start dealing with its enormous consequences immediately. This is not the moment to step back from Yemen," he said in a statement.