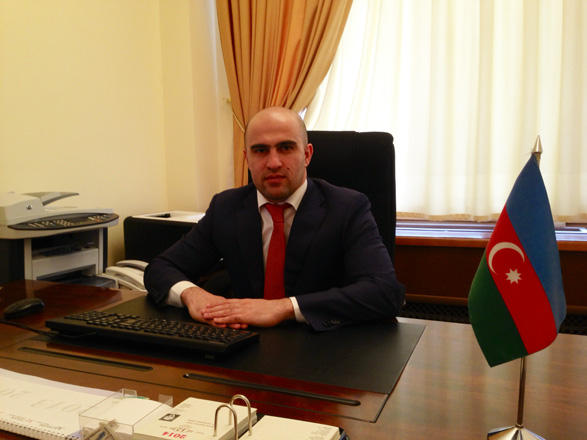 Relationship between Azerbaijan and China has reached a high level of political dialogue and active economic cooperation, Deputy Head of the Foreign Relations Department of the Presidential Administration of Azerbaijan Arastu Habibbayli said in an interview with the Xinhua News Agency.

Habibbayli said the coming April 2 marks the 25th anniversary of diplomatic ties between the two countries, adding that relations between China and Azerbaijan developed successfully on the basis of principles of friendship and mutual productive partnership.

Noting that both Azerbaijan and China are important players in various international transport and logistics projects, he emphasized that the countries are working actively to realize great potential of cooperation, Trend reports.

Azerbaijan will be an important component of the Silk Road Economic Belt initiative, he said, adding the project will bring valuable opportunities to Azerbaijan, particularly in terms of the transit fees and industrial cooperation opportunities.

“Relations between China and Azerbaijan are growing fast and Azerbaijan has great potential to become a valuable partner in the Silk Road project – one of the great initiatives of the 21st century,” Habibbayli said.

He outlined the importance of the state visit of Azerbaijan’s President Ilham Aliyev to China in December 2015 and noted that reciprocal visits contribute to the steady development of ties between the two countries.

During Ilham Aliyev’s visit, a series of agreements was signed with China, including a memorandum of understanding over the Silk Road Economic Belt.

China is a huge opportunity and a priority market for Azerbaijan. More than 50 agreements were signed between the two countries so far. The two countries have great potential in energy, transport, in high technology and tourism.

Trade turnover between Azerbaijan and China reached $641.39 million in January-September 2016, $145.81 million of which accounted for export to China, according to Azerbaijan's State Customs Committee.