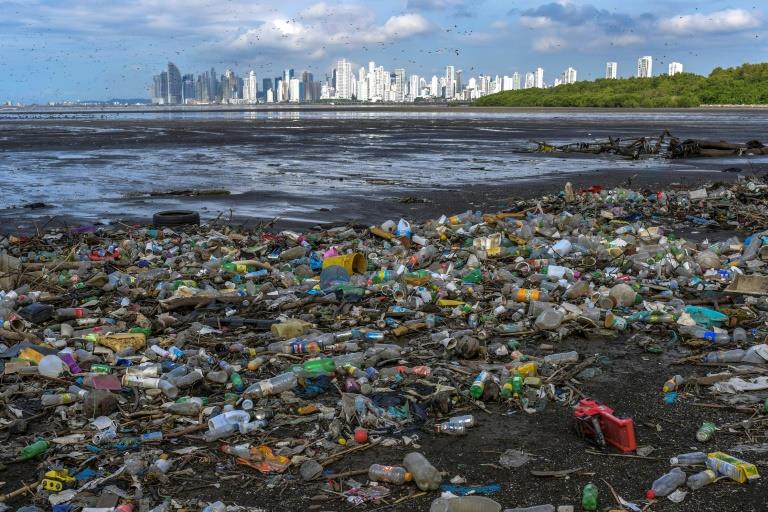 Plastic has infiltrated all parts of the ocean and is now found "in the smallest plankton up to the largest whale" wildlife group WWF said on Tuesday, calling for urgent efforts to create an international treaty on plastics, News.Az reports citing the organization.

Tiny fragments of plastic have reached even the most remote and seemingly-pristine regions of the planet: it peppers Arctic sea ice and has been found inside fish in the deepest recesses of the ocean, the Mariana Trench.

There is no international agreement in place to address the problem, although delegates meeting in Nairobi for a United Nations environment meeting this month are expected to launch talks on a worldwide plastics treaty.

WWF sought to bolster the case for action in its latest report, which synthesises more than 2,000 separate scientific studies on the impacts of plastic pollution on the oceans, biodiversity and marine ecosystems.

The report acknowledged that there is currently insufficient evidence to estimate the potential repercussions on humans.

But it found that the fossil-fuel derived substance "has reached every part of the ocean, from the sea surface to the deep ocean floor, from the poles to coastlines of the most remote islands and is detectable in the smallest plankton up to the largest whale".

According to some estimates, between 19 and 23 million tons of plastic waste is washed into the world's waterways every year, the WWF report said.

This is largely from single-use plastics, which still constitute more than 60 percent of marine pollution, although more and more countries are acting to ban their use.

"In many places (we are) reaching some kind of saturation point for marine ecosystems, where we're approaching levels that pose a significant threat," said Eirik Lindebjerg, Global Plastics Policy Manager at WWF.

In some places there is a risk of "ecosystem collapse", he said.

Many people have seen images of seabirds choking on plastic straws or turtles wrapped in discarded fishing nets, but he said the danger is across the entire marine food web.

It "will affect not only the whale and the seal and the turtle, but huge fish stocks and the animals that depend on those", he added.

Separate research, looking at the major commercially fished species, found up to 30 percent of cod in a sample caught in the North Sea had microplastics in their stomach.

Once in the water, the plastic begins to degrade, becoming smaller and smaller until it is a "nanoplastic", invisible to the naked eye.

So even if all plastic pollution stopped completely, the volume of microplastics in the oceans could still double by 2050.

But plastic production continues to rise, potentially doubling by 2040, according to projections cited by WWF, with ocean plastic pollution expected to triple during the same period.