World loses if no action on Zaporizhzhia nuclear station -Zelenskiy 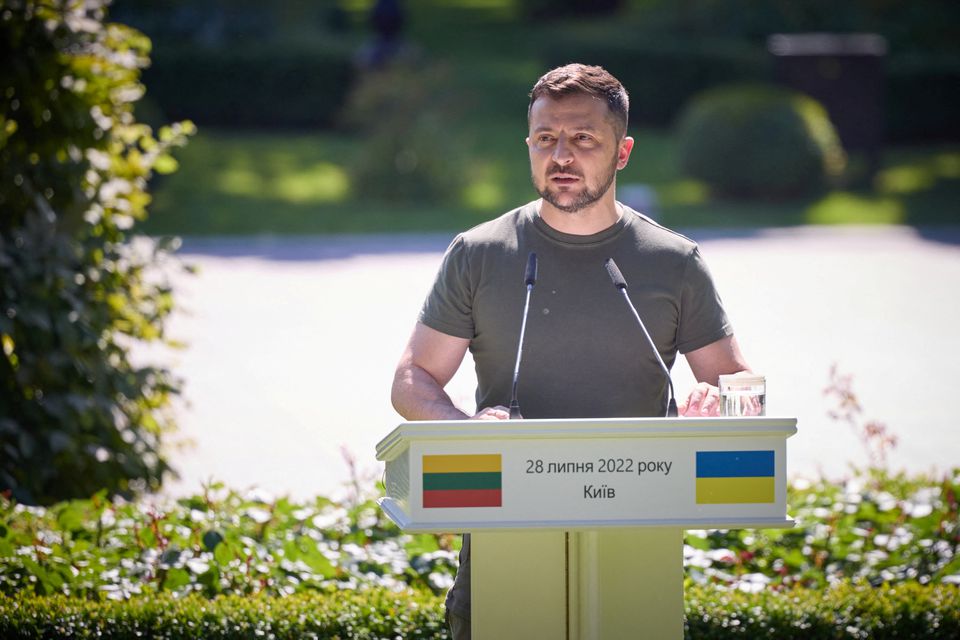 The world will lose to terrorism and give in to nuclear blackmail if it takes no action to prevent an accident at the Russian-held Zaporizhzhia nuclear power station, Ukrainian President Volodymyr Zelenskiy said on Monday, News.az reports citing UNIAN.

"If now the world does not show strength and decisiveness to defend one nuclear power station, it will mean that the world has lost," Zelenskiy said in his nightly video message. "It will lose to terrorism. And give in to nuclear blackmail."

Russia took over the station, Europe's largest nuclear facility, soon after invading Ukraine in February in what Moscow calls a "special military operation."

Ukraine and Russia have accused each other of being behind shelling incidents at the station in the last week.