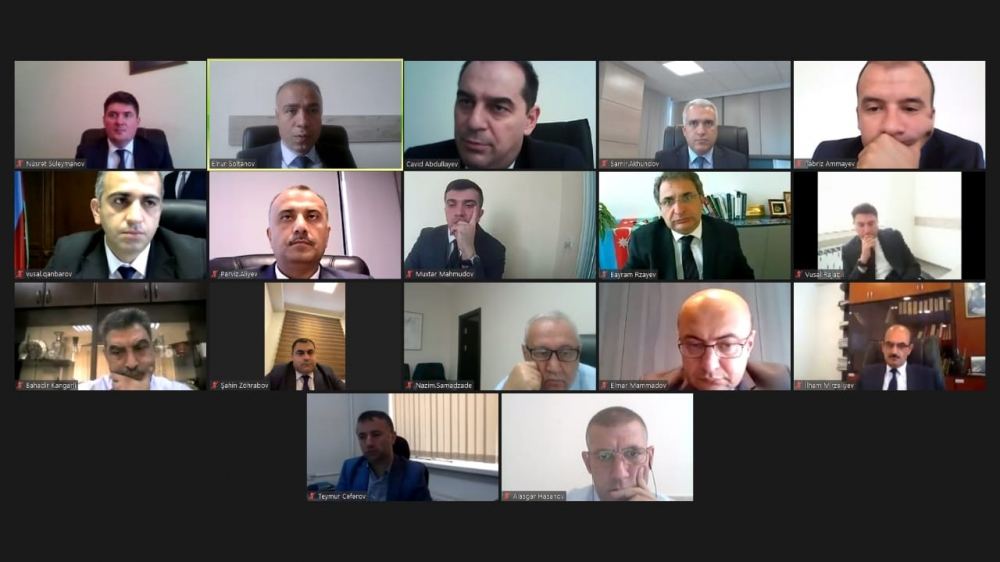 A regular meeting of the Working Group on Energy Supply of the Interdepartmental Center, functioning under the Coordination Headquarters of Azerbaijan, has been held.

The working group was created with the aim to find the centralized solution of issues in the territories of Azerbaijan, previously liberated from Armenian occupation.

During the meeting, the measures taken during the week to restore and reconstruct the energy infrastructure in the liberated territories of Azerbaijan were discussed.

Also, the planned measures for the power supply of the territories, important issues that need to be resolved, the information provided by representatives of the relevant departments for energy infrastructure, transmission and distribution networks, substations, heat supply work and further steps were discussed.

The measures taken to implement the decisions made at the previous meetings of the Working Group were considered.

The participants noted the importance of compliance with safety regulations, especially fire safety when carrying out fieldwork related to the restoration of energy infrastructure on the liberated lands.

Moreover, the issue of fulfilling the tasks arising from the order of the resident of Azerbaijan ‘On measures to create a zone of "green energy" in the liberated territories of Azerbaijan’ No. 2620 dated May 3, 2021, was discussed.

The meeting participants got acquainted with the presentation of the Japanese Tokyo Electric Power Company (TEPSCO) on the development of the corresponding concept and master plan for the creation of a "green energy" zone.

Information was provided on the work performed on the construction of boiler houses to provide heating and hot water supply to certain objects in the city of Shusha (in Karabakh) in the next heating season and the tasks ahead.

The participants also discussed the proposals of local, as well as the UK and Israeli companies on energy security in the liberated territories, the organization of coordination on the construction of communication lines on the road sections, and other similar issues.

The Coordination Headquarters, created by the Order of the president of Azerbaijan dated November 24, 2020, is headed by Head of the Presidential Administration Samir Nuriyev.