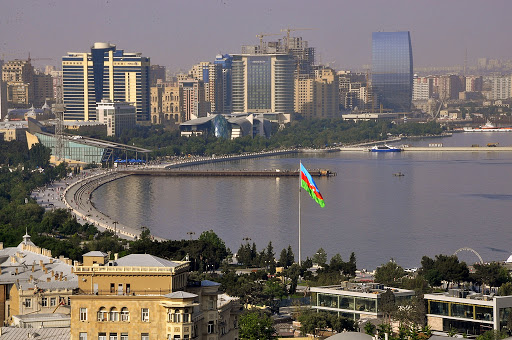 Written by director of the international experts' club EurAsiaAz, and editor-in-chief of Azerbaijan's news agency Vzglyad.az Seymur Mammadov, the article notes that the Azerbaijani economy is experiencing a double blow in the wake of the coronavirus outbreak and the sharp decline in oil prices.

The author said that despite the social isolation of the population due to the coronavirus pandemic and a sharp drop in oil prices on world markets, the year 2020 started well for the Azerbaijani economy.

The author stressed that thanks to the consistent work carried out under the direct supervision of President Ilham Aliyev to reduce the negative impact of COVİD-19 on the national economy, macroeconomic stability is maintained in Azerbaijan, inflation is at an acceptable level of 3 percent, the situation in the foreign exchange market has significantly normalized, and the national currency rate in manat continues to remain stable amid a decline in the value of national currencies of neighboring and other countries.

He reminded that even before the coronavirus pandemic, the government of Azerbaijan had several priorities, one of which is the development of the non-oil sector of the economy.

The article also highlighted the special attention the Azerbaijani state pays to the agricultural sector.

The author noted that stable positive dynamics in the economy for the first quarter of 2020 and serious measures taken by the state to support agriculture and other sectors of the economy give reason to believe that Azerbaijan will overcome both crises (COVİD-19 and falling oil prices on world markets) with minimal losses.

He also emphasized the importance of reforms carried out in the country since 2018. “All these reforms, which entailed the country's prosperity, further economic growth, and an increase in the well-being of the people, were made possible thanks to the tireless work and decisive will of President Ilham Aliyev, who has always put paramount importance and continues to place the interests of his people.”