Wildfire breaks out in Türkiye’s Mugla 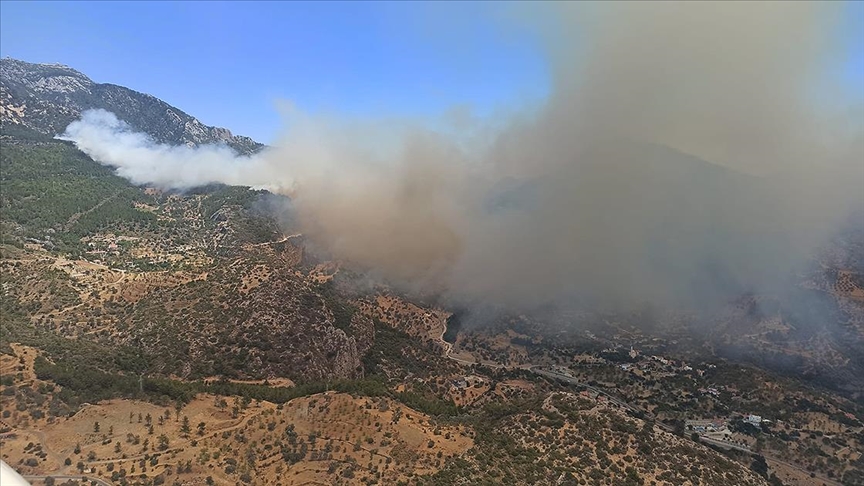 Five aircraft, nine helicopters and more than 30 other vehicles are involved in firefighting efforts.

According to media reports, strong winds prevent localizing the fire.

The previous wildfires, which broke out in Mugla province at the end of June, damaged vegetation in an area of 4,500 square kilometers.