Why reconciliation with Azerbaijan is economically beneficial to Armenia? (OPINION) 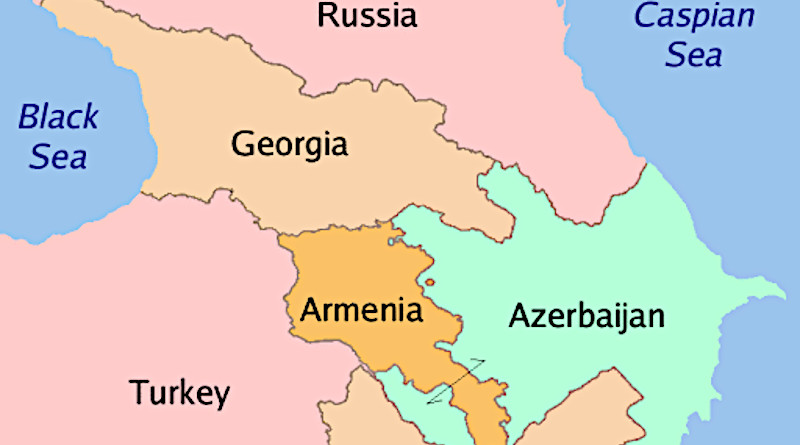 Eurasia Review portal has published an article entitled “Why reconciliation with Azerbaijan is economically beneficial to Armenia?”.

The 2020 war between Armenia and Azerbaijan resulted in the liberation of occupied territories by Azerbaijan and put an end to a three-decade-long conflict. The war had significant effects on the economies of both countries and is expected to continue to have several long-term impacts for years. The armed conflict was costly for both sides, but it was especially costly for Armenia which had a smaller economy. Apparently, Azerbaijan is now at an advantageous position benefitting from the lands and the natural resources and energy sources they contain, while Armenia became deprived of that ability. Undoubtedly, the economic benefits of the liberation of the occupied territories for Azerbaijan are almost countless. However, it can be said that the resolution of the conflict and improvement in relationships can eventually benefit almost everyone in the region, including Armenia.

Since investors usually prefer a stable environment, the conclusion of the three-decades-long conflict may help both sides attract more foreign investment in the long run. Eventually, GDPs of both countries can potentially rise moderately as a result of increased FDI.  The stability is also likely to rise the credit ratings of both countries over time and thereby lower the interest rates for both countries. However, investors will not be the only ones to perceive Armenia as more attractive. The absence of conflict may also attract more tourists from all around the world. As a result of higher foreign investments in the region, the number of business-related travels may increase as well.

Also, it is known that peace and stability generally promote economic growth. The absence of threat may lead to a reduction in military spending and allow Armenia to spend more funds on other areas, such as public projects and human capital, and strengthen its economy.

Furthermore, the funds that were supposed to be spent on the occupied territories, especially the Karabakh region, can now be spent on other projects. According to Berlin Economics, Armenia could save up to 3% of GDP annually by not distributing funds and loans to support the economy of the Karabakh region. (1) It should be noted that the loans were rarely profitable for Armenia. Usually, the receiving side of the interstate loans would have difficulties in paying the debt and cause problems for the country. Also, despite the high costs associated with supporting the region, Armenia was never able to make full use of the occupied territory since it had a scarce population to inhabit the region and underdeveloped infrastructure to fully exploit the natural resources. The maintenance of the region could sometimes be excessively costly for such a small economy.

Additionally, the absence of conflict may improve Armenia’s relationships with Azerbaijan and Turkey, the two countries that have imposed blockade on Armenia and closed borders with it since the beginning of the three-decades-long conflict. The blockade had two major negative consequences for Armenia: undiversified transportation routes and the opportunity cost of not having trade relations with Azerbaijan and Turkey. Except for the two countries, Armenia has only Georgia and Iran as its neighbors. Most of Armenia’s exports to Europe are still being transported through Georgia. Exports pass through two routes in Georgia: The Port of Poti and the Upper Lars transport corridors. Neither of the routes provides ease for Armenia because Poti causes the loss of too much time and is costly, while Upper Lars is uncomfortable and risky. (2) Undiversified trade routes also meant that if Georgia stopped passing Armenian goods deliberately or unintentionally Armenia would face serious problems.

For example, in 2008, a rail bridge was destroyed in Georgia, and this caused difficulties in the transportation of goods from Armenia. The situation eventually increased gas prices. (3) Therefore, it is in Armenia’s best interest to add more transportation links to mitigate the risks associated with relying heavily on one country for transportation and to lower the costs of transportation. In addition to the exports to Europe, Armenia can also transport goods to Asian countries, such as Kazakhstan, more efficiently through Azerbaijan’s Caspian Sea ports eventually as a result of improved relationships.

Armenia’s exports have been generally low. Trade volume can be improved by having a better relationship with Turkey and Azerbaijan and having open borders. Though Armenia has been able to import from Turkey, the blockade has prohibited it from exporting to the country.  In fact, if the borders open and trade relations normalize Turkey can potentially become one of the major trade partners of Armenia.  In addition, Armenia may start buying gas from Azerbaijan, one of the biggest gas suppliers in the region, and diversify the list of countries it purchases gas from, which includes Russia and Iran only.  This would allow Armenia to diversify away the risks and find better terms when purchasing gas.

In short, although the war had significant negative impacts on the economy of Armenia, it still has the chance to benefit from stability and peace by cooperating with its neighbors. In order to develop a sustainable economy, Armenia must not lose the chance to improve its ties with its neighbors and must contribute to the maintenance of peace in the region.