WHO board nominates chief Tedros for May re-election 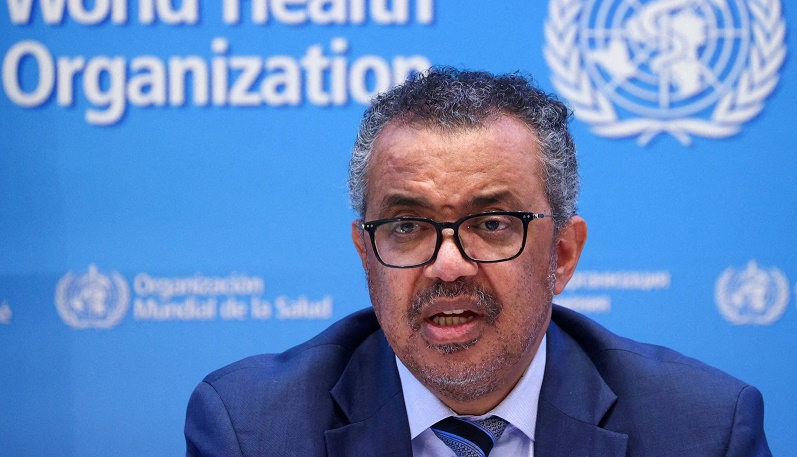 World Health Organization (WHO) chief Tedros Adhanom Ghebreyesus is all but guaranteed a second term after a procedural vote Tuesday made him the sole nominee ahead of a leadership vote in May, AFP reports.

"I'd like to congratulate Dr. Tedros for your nomination as the DG (director-general) for an additional period of five years, as from 16th August 2022," Patrick Amoth, head of the WHO's 34-member executive board, said after a secret-ballot nomination vote.

In September, Germany and France said that they and nearly 20 European Union countries have nominated Tedros Adhanom Ghebreyesus of Ethiopia for a second term for the post.

This marks the first time that a candidate for the top job at the United Nations health agency has not been nominated by the home country. Tedros, who goes by his first name, has been in the global spotlight over the organization's response to the coronavirus pandemic over the last 19 months – an epochal crisis that eclipsed all else throughout his term that began in 2017.

The election for the next WHO director-general, which carries a five-year term, takes place at the agency’s next annual assembly meeting in May. Tedros has run afoul of the Ethiopian government of Nobel Peace Prize-winning Prime Minister Abiy Ahmed over his outspokenness against the killings and other human rights abuses in his home region of Tigray.

Tedros was formerly a top official in the Tigray People’s Liberation Front, once a dominant member of a coalition running Ethiopia but now designated by the national government as a terrorist group. Tedros also served as health and foreign minister in the previous Ethiopian government.