Who are internal and external threats to Georgia? 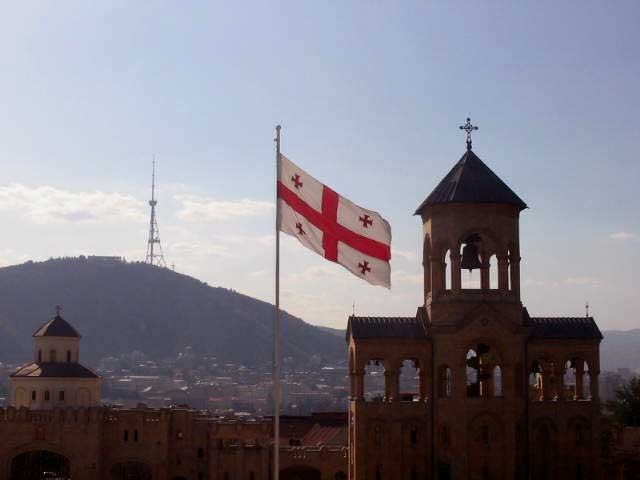 The whole Caucasus and world are well aware of friendly relations between Azerbaijan and Georgia. Unfortunately, from time to time some forces try to overshadow these relations. The reports (dated 17 April 2020) of the State Security Service on internal, external threats to Georgia also expressed the country’s concern over the attempts to undermine these relations. The documents noted that over the past two years, certain destructive groups have tried to undermine the Azerbaijan-Georgia strategic partnership by creating an artificial tension around the Davit Gareji Monastery (the Azerbaijani name – Keshikchidag). Turkey from time to time was also faced with such attitudes. In fact, when analyzing such an attitude towards Azerbaijan and Turkey, it is no secret that who is the enemy of both countries and who backs these groups. However, there are more convincing facts that Georgian citizens do not to succumb to the provocations of these forces.

Landslides on the Armenia-Georgia border. The landslides pushed over 400 meters of territory to the north, as a result of which the Khujabi Monastery, visited by Georgian clergy, as well as pilgrims, came under the control of Armenians. Moreover, the Armenians illegally deployed their troops to this territory. However, some forces prefer to be silent on these processes, as well as on the Khujabi Monastery.

Furthermore, there is a need to point out the atrocities committed by the Bagramyan battalion against the Georgians in Abkhazia and South Ossetia, the brutal killing of hundreds of Georgian civilians, the territorial claims by separatist Vahagn Chakhalyan against the area, called “Javakh”, as well as the high spirit of separatism among Armenians living in Georgia. However, during these wars more than 500 Azerbaijanis died fighting for Georgia.

During the period after Georgia regained its independence, as well as during the war, Azerbaijan supported its neighbor. Georgia’s leaders acknowledged that it would be extremely difficult for the country without the support of Azerbaijan, the most powerful country of the Caucasus.  Azerbaijan is still Georgia’s largest investor, and it has always been so.

However, from time to time, a group of activists from Georgia, for various reasons, attempted to stage rallies outside the Embassy of Azerbaijan and to seize the weapons of Azerbaijani soldiers near the Keshikchidag Monastery.

The Georgian Foreign Ministry expressed regret over the latest incident, stressing the need to resolve the issue through negotiatiosn.

Various attempts to undermine the relations between the two countries that respect each other’s territorial integrity, culture and rich heritage, can, of course, serve the interests of Armenia, which is known for its destructive and separatist actions in the region and made territorial claims against both countries. In order to avoid steps that can overshadow the relations between the two friendly countries, such provocations should be ignored, and bilateral ties between the two peoples based on historical roots should be preserved. It should be noted that both countries consider such provocations ‘a crime’ and express their concern.