WHAT MACRON UNDERSTOOD FROM QUADRILATERAL MEETING; WHAT IS HAPPENING IN HIS PARALLEL WORLD? (BRIEF ANALYTICS) 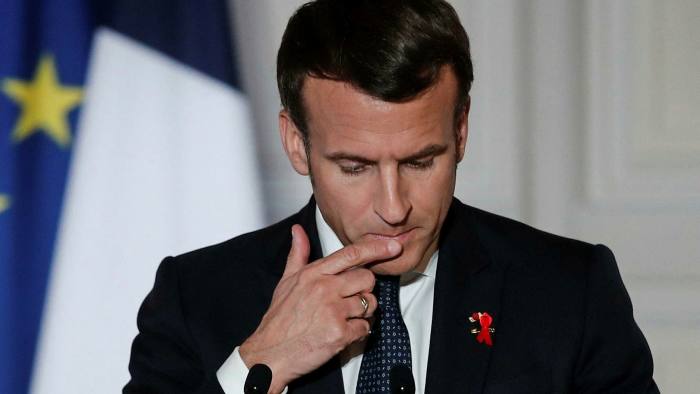 After the quadrilateral meeting held in Prague on October 6, there were media reports on the mutual recognition by Armenia and Azerbaijan of each other’s territorial integrity and sovereignty, the intensification of steps towards the preparation of a peace agreement.

While Armenia and Azerbaijan after 5 hours of negotiations decided to take steps forward, Macron closed his eyes and opened his mouth in an interview with "France2" TV channel. He literally CLOSED HIS EYES. Because he does not see what is happening. He makes negative statements that can damage the peace process, and overshadow the positive progress achieved. I wonder what is happening in his parallel world?

France - the country of which Macron is the president, has recognized Karabakh, as a sovereign territory of Azerbaijan - which he calls a "disputed territory" located in the middle of Azerbaijan. I wonder which country's president Macron is in his parallel world?

The Ministry of Foreign Affairs of Azerbaijan also stated that the views of the President of the Republic of France, Emmanuel Macron, directed against Azerbaijan, aimed at a more domestic audience, completely one-sided and openly defending Armenia, are unacceptable. “Against Azerbaijan's attempts to ensure peace, stability and development in the region, to normalize relations based on respect for the principles of international law, France's unilateral position and groundless accusations make it necessary to reconsider the mediation efforts of this country”- is written in the statement.

"France is here and is an intermediary state, we will not leave Armenians."

There are so many paradoxes in this sentence. Intermediary state and to hold a specific party! It would be fair for Macron to say that France is concretely with Armenia – without saying that they are mediating. That would be more honest. The mediating state must be neutral. Saying that “we are mediators and will not leave Armenians” is against the ethics of mediation, and such a state should not be a mediator. He should not poison the peace process with the statements like he made now. Moreover, the position voiced by the French president now contradicts the recent steps and position of even Armenia itself. Macron is trying to be more Armenian than Armenia′s leadership? What is the interest of France in making aggressive statements when the Prime Minister of Armenia and the Minister of Foreign Affairs are preparing for peace process?

Is this what the French President understood from the quadrilateral meetings he participated in Prague???

Ulviyya Zulfikar is the chief-editor of News.az