What is at stake in Armenia’s parliamentary elections? A view from Azerbaijan (OPINION) 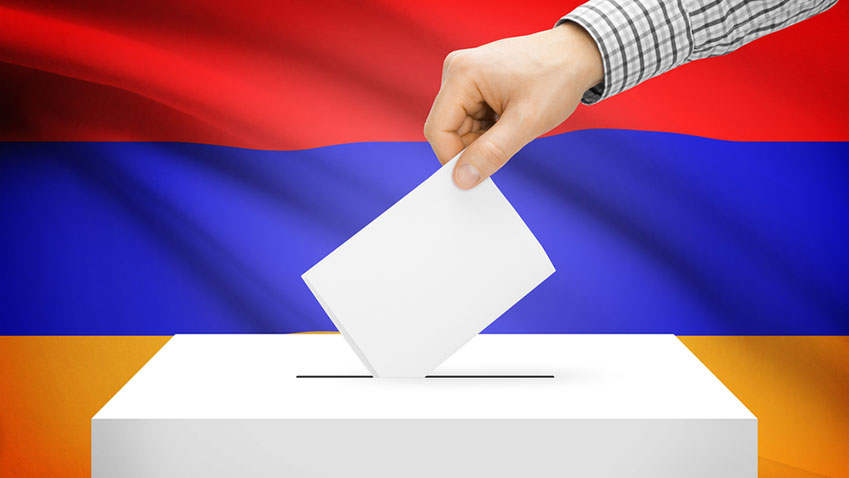 On 20 June, Armenia will hold snap parliamentary elections at a critical juncture for the country’s domestic politics and its relations with Azerbaijan. The decision to run early elections came after the disastrous defeat of the Second Karabakh War and the subsequent political crisis which threatened to remove the Armenian prime minister, Nikol Pashinyan, in a coup-d’état. Armenians hope the country following the elections will be able to heal the wounds of the latest war, open a new chapter in its post-Soviet history and overcome the pressing political and economic challenges.

More realistic analysis, however, argues that there is little chance for the elections to put a quick end to the post-war crises of the country. The violent rhetoric employed by the candidates in the heated campaign ahead of the elections and the polarisation of society to an alarming level truly undermine the prospect of restoration of political stability anytime soon.

The elections will also constitute a test for the post-war peace process between Armenia and Azerbaijan and the implementation of the trilateral ceasefire accord signed by the leaders of the two countries mediated by the Russian President on 9 November 2020. The potential implications of the elections to this process are why Azerbaijanis are closely following the pre-election developments in their neighbouring country as never before. For Azerbaijan, the choice Armenians are going to make on 20 June is important for a number of reasons.

First, there is a growing possibility that the elections might not end up with the formation of a stable government in the country. None of the running parties seem to have the chance to win the more than 50 percent of the votes required to form a government. At the same time, the opposition have ruled out the possibility of going into a coalition with the ruling Civil Contract party led by caretaker prime minister, Pashinyan, who is accused of leading the country into the war and the territorial losses since.

The failure of the elections to end the political crisis and produce a stable government would pose challenges to the negotiations between Armenia and Azerbaijan on the post-conflict issues including the unblocking of regional transportation channels, demarcation of the state borders, and other humanitarian issues. Armenia’s domestic political instability has been so far one of the main impediments to this post-war peace process. The negotiations would therefore be even more challenging if the elections fail to restore political stability in Armenia, or worse, lead to a civil war as warn many Armenian experts and politicians.

Second, the rise of the revanchist political forces in the Armenian politics is a cause for great concern to the Azerbaijani side. Having failed to realise the disastrous consequences of wishful thinking and ideologically inspired mentality, these forces call for rebuilding the military and preparing to recover the territories lost during the 44-day war.

The revanchist groups, prior to the upcoming parliamentary elections in Armenia, are particularly concentrated in the camp of Robert Kocharyan – a former president, who has been implicated in the massacre of civilians in Khojaly during the first Karabakh War. Although Kocharyan rules out a war against Azerbaijan for now because he says, “the Armenian army is currently in such a state that no person in sound mind will be thinking of revanche”; he believes it is possible to seek the “return” of some of the areas Azerbaijan retook last autumn in the future.

Propagating a revanchist ideology, which well-known Armenian intellectual Jirair Libaridian aptly characterises as “based on fantastic calculations, pseudo-strategies and on wilfully ignoring facts”; these political forces promise nothing peaceful but more hostilities, bloodshed, violence and tragedies for the future of the Armenia-Azerbaijan relations.

According to the most recent surveys, support for Robert Kocharyan’s Armenia Alliance has approached 25 percent up from single-digit numbers, while Pashinyan’s Civil Contact party has sharply declined from 33 percent of voters to less than 24 percent. If this trend persists, Kocharyan’s chance to come to power might further increase.

Another threat concerning the upcoming Armenian parliamentary elections in Azerbaijan’s perception is related to the potential changes in the country’s foreign policy after the election. Kocharyan and most other political candidates in the opposition harshly criticise Pashinyan’s foreign policy course, which, they argue, has antagonised Russia, and led to Armenia’s humiliating defeat in the latest war.

In contrast to Pashinyan’s policies, at least in the beginning of his premiership, of reducing Russia’s influence over his country, for Kocharyan, Armenia’s national security cannot be ensured without more substantial co-operation with Russia. “Especially in matters of security and increasing defensive capabilities, formulas for deeper integration [with Russia] must be sought”, Kocharyan asserts.

Considering that Armenia is already a fully-fledged member of all the Russia-promoted regional integration projects, including the Collective Security Treaty Organization (CSTO), one wonders how Armenia’s deeper integration with Russia might look. The advocates of this idea believe that such an integration would considerably empower Armenia vis-à-vis its Turkic neighbours, Azerbaijan and Turkey, and help it more assertively protect the country’s national interests.

This is a vision that, if implemented, would further diminish Armenia’s sovereignty, and complicate its relations with other geopolitical actors. The problem with this vision widely propagated by Kocharyan and his supporters is not fundamentally related with the fact that their choice for such an alliance is Russia. The fundamental problem is that they still refuse to peacefully resolve the national security problems of Armenia directly with the Azerbaijani side, instead seeking to draw in external patrons, hoping that their country would exert more pressure and reach its ambitious goals and territorial claims if protected by bigger states. The Second Karabakh War should have sufficed for them to realise that this reasoning is dangerous and ultimately deadly wrong.