Western-style “media freedom”: Who is behind anti-Azerbaijani campaign? (ANALYTICS of News.Az) 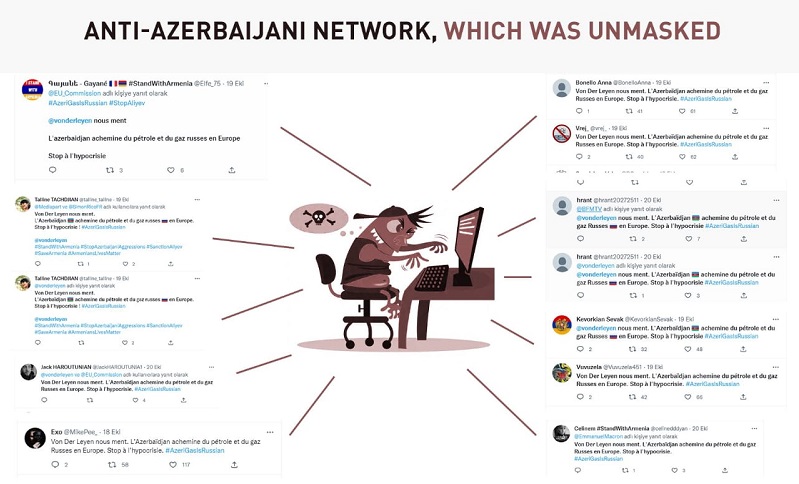 The media outlets of several Western countries, especially France, have recently intensified the publication of biased articles against Azerbaijan. What’s most interesting is that the number of such articles has increased after the remarks voiced by French President Emmanuel Macron against the territorial integrity of Azerbaijan.

Suffice to take a look at a few of the articles to see the usage of general theses against Azerbaijan and the repetition of the same slanderous allegations parrot-fashion. Such articles indicate that many elements of the Western media outlets, which call themselves ‘free’, are controlled from a single center.

There is no doubt that this center has close links with the Armenian lobby, and that the center speaks from the Armenian position against Azerbaijan and expresses views that have been memorized for years and have been repeatedly non-stop recently. At the same time, the pro-Armenian remarks voiced by Macron, which are unacceptable for the co-chairing country, and the French president’s pro-Armenian position rather than an Armenian are regrettable.

Not all European countries back the French president’s position, and they are interested in establishing a strategic partnership with Azerbaijan and further deepening bilateral ties, which is one of the factors that irritate pro-Armenian circles. And who will take their dirty allegations seriously? What will be the answer when the Armenian diaspora asks its puppets about the money spent? For this reason, these circles, including the diaspora organizations themselves, have started acting in panic. The fact that France is home to the largest Armenian lobby is no secret even to the French.

Following his attendance at the quadrilateral summit held in Prague on October 6 with the participation of Azerbaijani President Ilham Aliyev and Armenian Prime Minister Nikol Pashinyan, French President Emmanuel Macron has started fully acting against the ongoing peace processes. Macron has drawn a self-styled conclusion from this meeting and voiced negative remarks. Macron instructed the media elements that work for him and has close links with the Armenian lobby, which the French president himself serves, to publish articles supporting these theses.

We are currently living in the period when the 44-day war happened in 2020. Not even once these media elements highlighted Armenia’s ballistic missile attacks on Azerbaijan’s Ganja, Barda, and Tartar cities outside the zone of hostilities, and the killing of civilians, including women and children, as a result of these attacks. After all, the media should be neutral, not biased. Or these values do not belong to these elements themselves?

Today, Azerbaijan continues to be an energy partner of Europe, and this process is deepening. What self-respecting Western country will want to cooperate with a community that heads over heels in its slanders and spends dirty money on its slanderous campaigns when there is an opportunity to cooperate with a country that tends to sustainable development, promises positive developments and has a bright future? Of course, excluding those who lack a reputation in their own countries and need the support of the Armenian lobby for elections.