We were kept in windowless room for 10 days, says Azerbaijani serviceman released from Armenian captivity 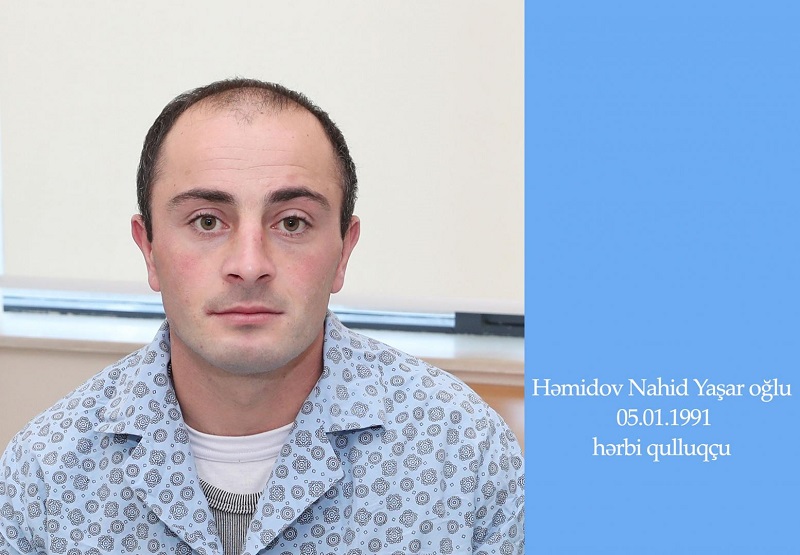 Serviceman of the Azerbaijani Army Nahid Hamidov, who was released from Armenian captivity and brought home, spoke of the torture he had been subjected to by Armenians.

“I was captured when I was returning back after delivering provisions to our soldiers,” Hamidov said at a press conference held by the State Commission on Prisoners of War, Hostages and Missing Persons.

The serviceman noted that he was captured while trying to find his way back.

“I delivered provisions to our battalion on November 10. On the way back, I saw the military equipment abandoned by Armenian soldiers. Taking it as a trophy and returning back, I lost my way. Suddenly I realized that I was surrounded by 8-10 Armenian soldiers. I was captured and taken in an unknown direction. I had been kept in a windowless room for 10 days, and later I was transported to Yerevan. We had been subjected to physical and psychological torture in Yerevan,” Hamidov said.

“On December 14, we were blindfolded and put on a plane. Later we were taken to Baku,” the serviceman added.