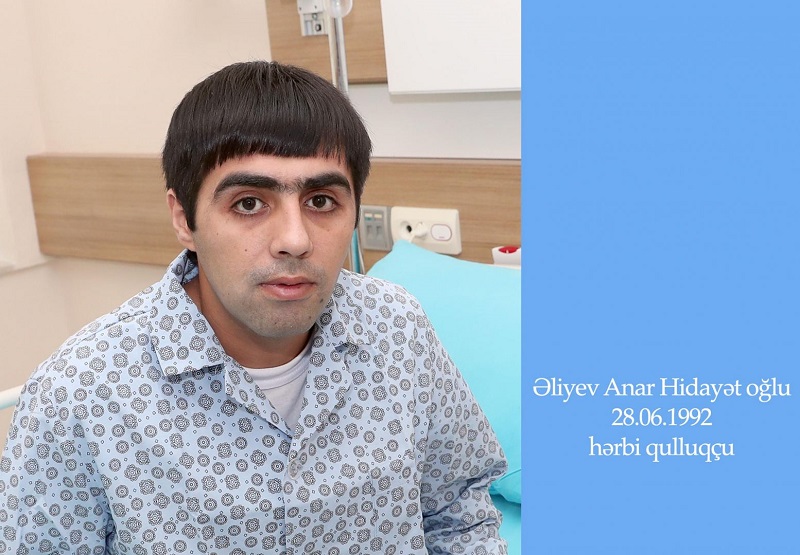 Azerbaijani serviceman Anar Aliyev, who was released from Armenian captivity and brought home, spoke of the torture he had been subjected to by Armenian doctors.

“I received a bullet wound in the chest on November 9, and I was captured on November 10,” the serviceman said at a press conference of the State Commission on Prisoners of War, Hostages and Missing Persons.

Aliyev noted that he had been tortured by doctors during his stay in a hospital in Armenia.

“We were most subjected to torture by Armenian doctors rather than soldiers. They beat us and burned our hands. I had been staying in a hospital in Yerevan for 12 days, during which I was severely tortured,” he said.

The serviceman continued: “On December 14, we were blindfolded and put on a plane. We saw that Dilgam Asgarov and Shahbaz Guliyev, who had been held hostage by Armenia for a long time, were also on the board. I rejoiced at their release more than my own.”