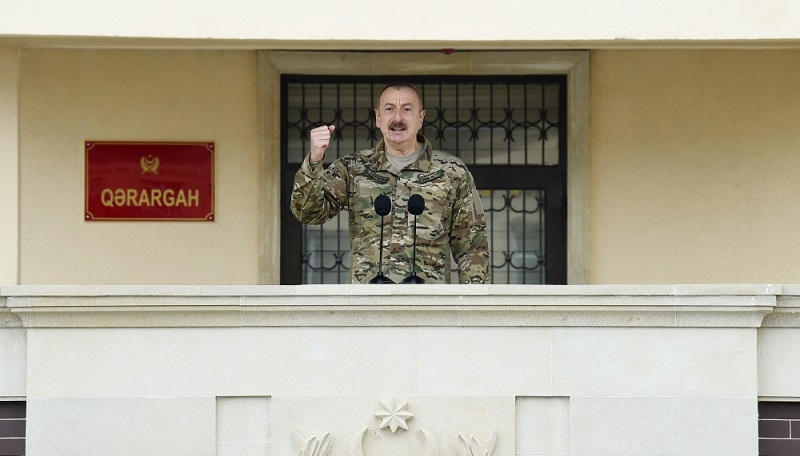 The Patriotic War is Azerbaijan’s glorious history, said President Ilham Aliyev as he addressed the personnel of the Special Forces’ military unit on Saturday, News.Az reports.

“The people of Azerbaijan supported their army, backed it, all Azerbaijani citizens rallied around it, all Azerbaijanis of the world united. We united like a fist and inflicted such crushing blows on the enemy that they are still unable to recover,” the head of state noted.

The Azerbaijani leader stressed that the Armenian army was completely crushed in 44 days.

“The remains of the Armenian army are on display in the Military Trophy Park in the center of Baku. The Armenian leadership used to threaten us with a new war. They were saying that if Azerbaijan wanted to resolve this issue by military means, then Armenian tanks would be on the streets of Baku. Indeed, Armenian tanks are on the streets of Baku. We have destroyed and brought them here. Now those tanks, as well as cannons and other equipment are on display at the Military Trophy Park,” President Aliyev added.