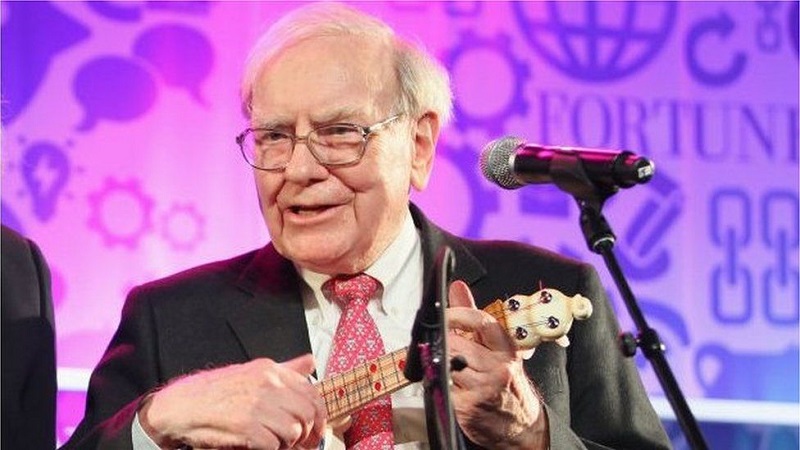 The 90-year-old is the chairman of investment firm Berkshire Hathaway, which has seen its shares rise to a record level this year.

On Wednesday his net worth edged above $100bn for the first time.

Regarded as the world's most successful investor, Mr Buffett has given away billions of his wealth to charity.

While Mr Buffett has been a fixture at the top of the world's wealth rankings for decades, his personal fortune hasn't topped $100bn until now.

One reason is his sizeable charitable donations - he has given away more than $37bn in Berkshire Hathaway stock since 2006.

Mr Buffett is a co-founder of the Giving Pledge, a campaign to encourage billionaire philanthropy. Mackenzie Scott, ex-wife of Amazon founder Jeff Bezos, has also signed up to the pledge and gave away more than $4bn of her fortune in just four months last year.