Violent clashes occur between police and demonstrators in Batumi 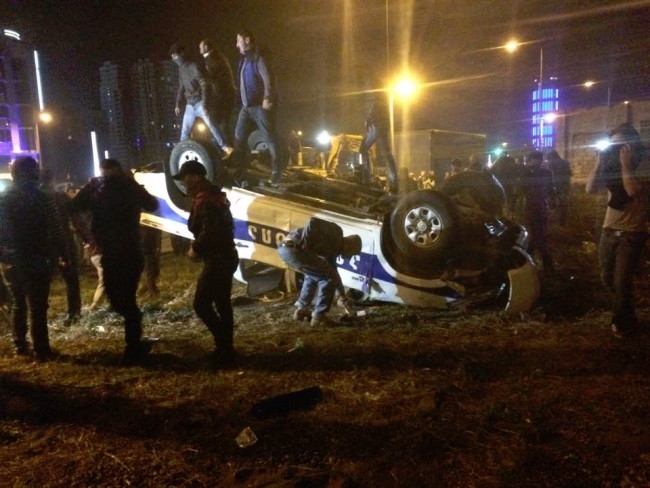 According to the reports the clashes was followed by a large-scale protest in Batumi streets.

As Health Minister of Adjara region has declared that up to 20 people have been hospitalized, including 11 policce officers as a result of the recent incident.

As Interior Ministry reported, in the evening, on March 11, two people were arrested by police officers at Chavchavadze Street in Batumi, Adjara region, Georgia. They violated traffic rules and did not obey the law enforcers.

Later, three people were also detained. As reported by onlookers, they also did not obey the legal requirements of the policemen. All this was followed by a verbal conflict and afterwards, large-scale protest as a result. The protesters demanded the detainees to be released.

Representatives of Georgia’s opposition National Movement party arrived at the protest rally. The Ombudsman’s Office called on the protesters to act peacefully, but conflict still occurred between the protesters and law enforcers. Afterwards, special squad appeared near the Main Police Department of Adjara and used tear gas to dismantle the protesters, but they still continued expressing their protest, demanding all the five detainees to be released.

As the conflict became more and more serious and resulted in injuring people as well as police officers, Adjara government head Zurab Pataridze promised the protesters that the detainees would be released in an hour.

Georgia’s Interior Minister Giorgi Mghebrishvili has departed for Batumi as the situation is almost uncontrollable.