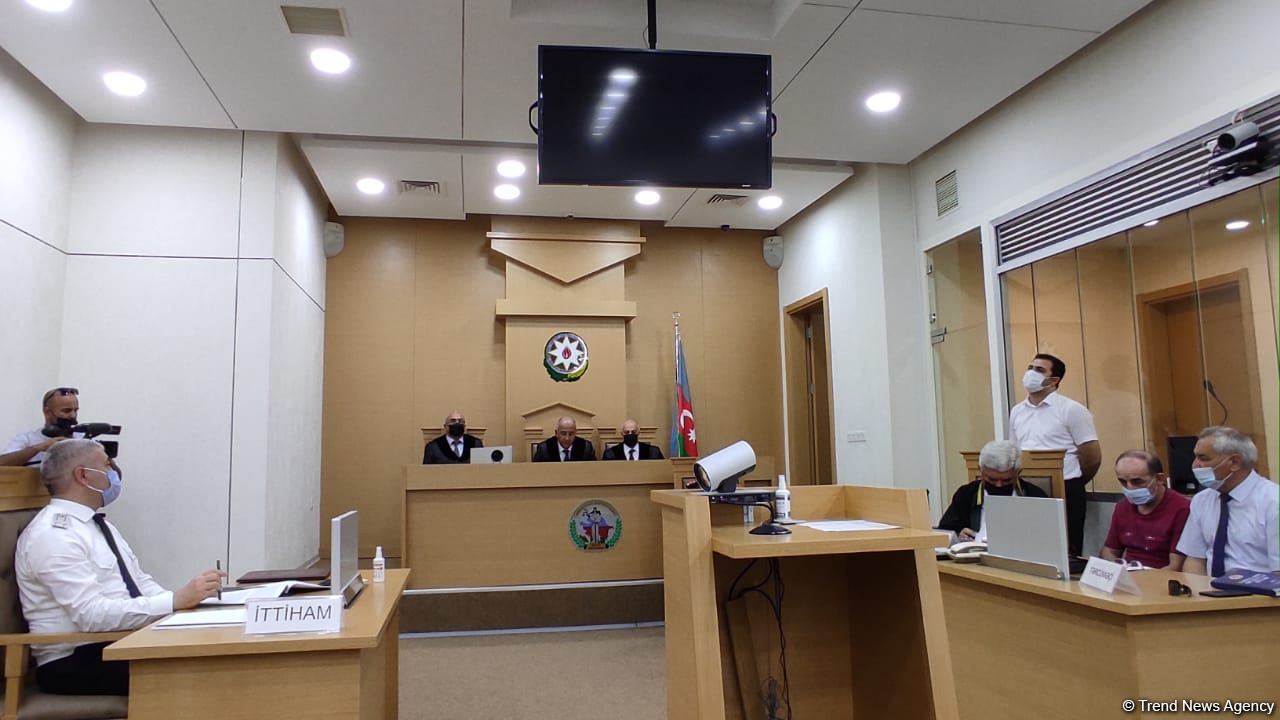 The trial of Armenian militants Ludwig Mkrtychyan and Alyosha Khosrovyan who tortured Azerbaijani captives and committed other heavy criminals during the first Armenia-Azerbaijan Nagorno-Karabakh war (in the 1990s) ended at the Yasamal District Court in Baku on July 14.

The trial was chaired by the judge of the Baku military court Elbey Allahverdiyev.

At the meeting, the files were considered. Then the victims gave testimony.

The judge informed the sides about the completion of the judicial investigation.

The state prosecutor stressed that he will deliver speech at the next court session, which is scheduled for July 28.

In addition, he also acted as an interpreter during the interrogation by the Armenian special services of a civilian resident of Azerbaijan who was taken hostage on September 13, 1999, in the Tapgaragoyunlu village of the Goranboy district, brought to Yerevan and was illegally kept in one of the military units.

The investigation also established that Mkrtychyan at various times beat and tortured 11 captured Azerbaijani citizens in the territory of the Khojavand and Agderе districts, in the Shusha prison and in Yerevan, and also shot a serviceman of one of the military units.

Thus, a former soldier of the military unit N of the Ministry of Defense of Azerbaijan taken prisoner in April 1994, was exposed to cruel and inhumane treatment by Khosrovyan. During his illegal detention in one of the houses in Mysmina (Aghbulag) village, Khojavand district he was forced to do heavy construction work of a house for the so-called Minister of Defense of ‘Nagorno-Karabakh’ Samvel Babayan.

The indictment on the criminal case was approved and sent to Baku Military Court for consideration on May 20, 2021.