Verstappen holds off Hamilton to win US Grand Prix thriller 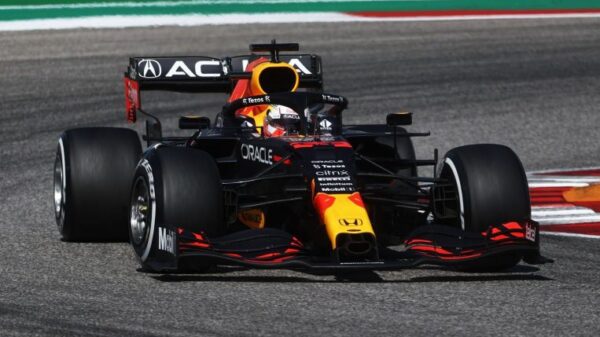 Verstappen, in a Red Bull, claimed his first victory at the Circuit of the Americas in front of 140,000 fans, AFP reports.

Mercedes star Hamilton, the reigning world champion, had cut the deficit in the race to under a second on the penultimate lap but could not find a way through the Dutchman's impressive defence.

Sergio Perez completed the podium for Red Bull ahead of Charles Leclerc in a Ferrari and McLaren's Daniel Ricciardo.

The victory by 1.33 seconds was Verstappen's eighth of the season at a track where Hamilton had won five times.

"I really didn't think we were going to hang on."

"Max did a great job today," he said on the podium.

"It was such a tough race. I got a good start, gave it absolutely everything but at the end of the day, they just had the upper hand this weekend and we couldn't really have asked for more."

Hamilton, starting second on the grid, stunned pole-sitter Vertsappen at the start.

The Briton edged ahead at the first turn and stayed in front for 10 laps until Red Bull pulled off what they hoped would be a tactical coup.

"He's sliding a lot and I have a lot more pace," Verstappen told his team over the radio.