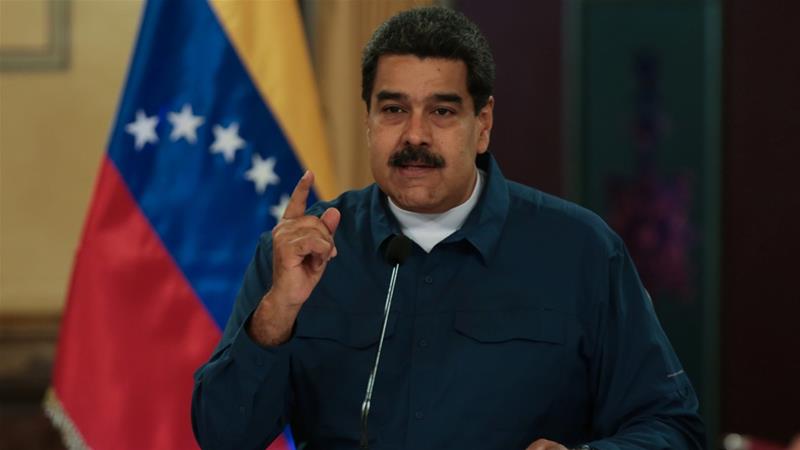 They were sanctioned for acting against the national assembly headed by opposition leader Juan Guaidó.

The opposition leader has the backing of the EU and the US.

In his announcement on Monday broadcast on state television, speaking of the EU, Mr Maduro said: "If they can't respect Venezuela, then they should leave it."

He added: "A plane can be loaned for her [Pedrosa] to leave." Venezuela's air space is currently closed due to the coronavirus pandemic.

Earlier on Monday, the European Council said the 11 officials were added to the sanctions list "because of their role in acts and decisions undermining democracy and the rule of law in Venezuela".

There are now 36 Venezuelan officials who have been placed under EU sanctions, it said.