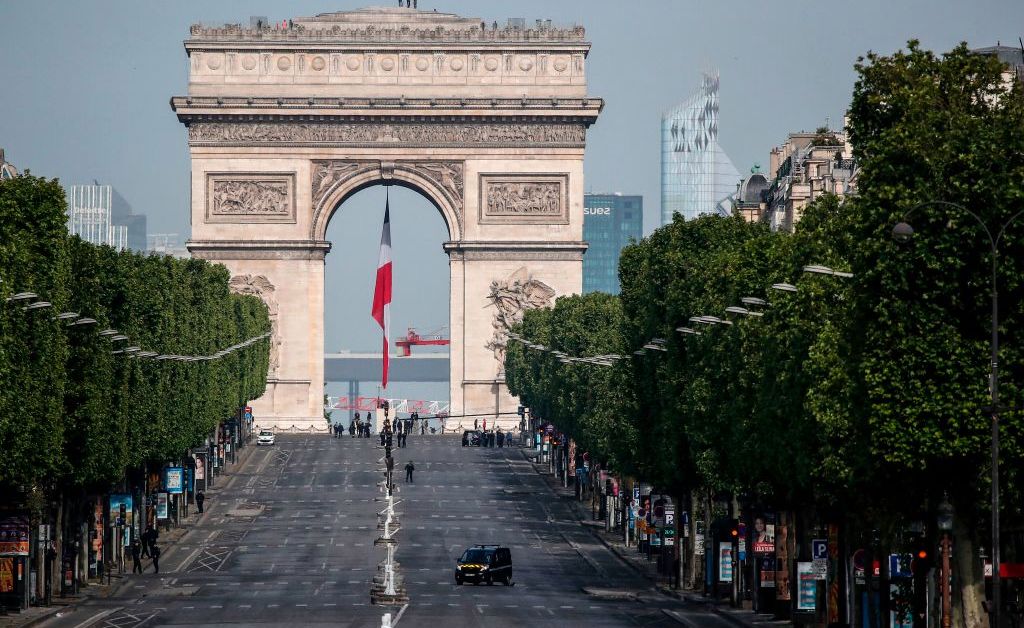 Leaders across Europe are marking the 75th anniversary of VE Day with low-key ceremonies, as much of the continent remains under coronavirus lockdown.

The UK has held a two-minute silence to honor the war dead, and later an address by the Queen will be broadcast.

The leaders of France and Germany, Emmanuel Macron and Angela Merkel laid wreaths at small ceremonies.

Other events are also being held to mark the defeat of Nazi Germany, but large gatherings remain forbidden.

The VE Day anniversary was to have been a colorful public tribute to the war veterans who liberated Europe from Nazism, but those veterans are now confined indoors by the coronavirus lockdown.

On 8 May 1945, Britain and its Allies formally accepted Nazi Germany's unconditional surrender after almost six years of war.

But that date was not the end of World War Two, as imperial Japan was not defeated by the Allies until August 1945.

President Macron laid a wreath at the tomb of the unknown soldier in Paris - the ceremony closed to all but a small group of officials. 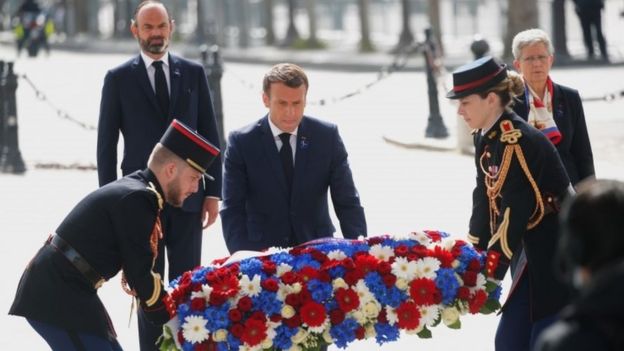 Those few attending kept strictly to social distancing, and a small military choir sang the Marseillaise.

President Macron began the ceremony with a wreath-laying at the statue of Gen Charles de Gaulle, leader of the Free French forces in the war. But just a few officers and aides were there, surrounded by empty streets.

France has been under strict lockdown since mid-March, and on Monday the nation begins an eagerly awaited easing of it, though the amount of easing will vary regionally. Paris and the north-east are the virus hotspots.

At the Neue Wache ceremony, German President Frank-Walter Steinmeier said: "Today, we Germans are allowed to say: the day of liberation is a day of gratitude!"

World War Two cost more than 50 million lives, of whom an estimated 25 million were Soviet military and civilians.

The 75th anniversary comes at another pivotal moment, as coronavirus has taken more than 250,000 lives, infected more than 3.5 million and wrought economic havoc worldwide. 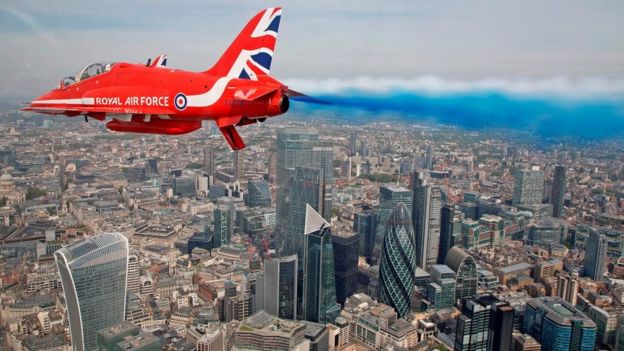 There are calls for economic rescue packages on a scale similar to the US Marshall Plan that speeded up Europe's recovery after the war.

Yet there are fears that this crisis could plunge the world into its deepest recession.

Russian President Vladimir Putin had planned to hold a major parade in Moscow on Saturday, attended by President Macron and Chinese President Xi Jinping. But the event - showcasing more than 15,000 troops - has been postponed due to the coronavirus pandemic.

Instead, an air force flypast will take place and Mr. Putin will lay flowers at a war memorial near Moscow's Red Square.