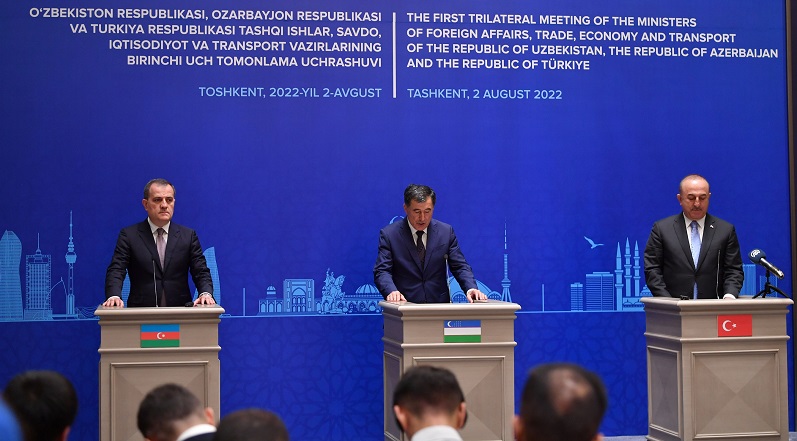 Norov made the remarks while speaking at a joint press conference with his Azerbaijani and Turkish counterparts in Tashkent, News.Az reports citing Uzbek media.

On Tuesday, Tashkent hosted the first meeting of the ministers of foreign affairs, trade, economy and transport of Uzbekistan, Azerbaijan and Türkiye.

The acting Uzbek minister thanked Azerbaijan for the initiative to create such a cooperation format and Türkiye for its support to realize this initiative.

He noted that cultural-historical closeness based on national traditions, language, culture, and religion and multi-generational ties have connected the three countries since ancient times.

“The official visit of Turkish President Recep Tayyip Erdogan to Uzbekistan in March 2022 and the state visit of Azerbaijani President Ilham Aliyev to Uzbekistan in June of this year opened a new stage of our strategic partnership and encouraged the further strengthening of relations based on the principles of mutual trust, respect, and support,” Norov added.