US: Yellen points to tough period, need for relief bill 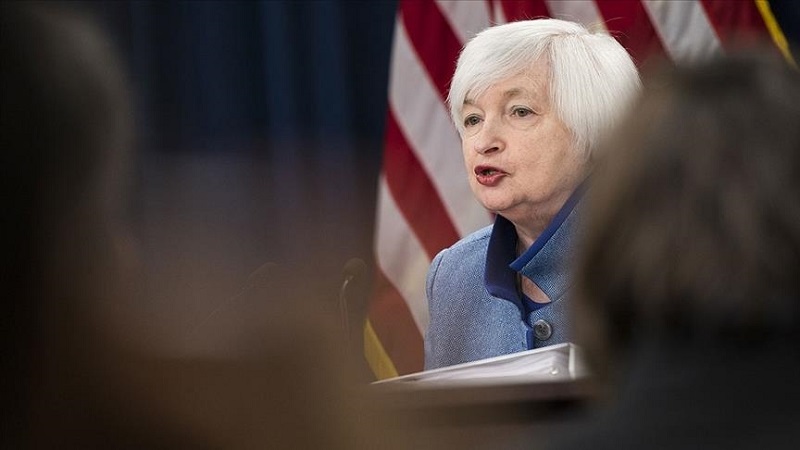 US Treasury Secretary Janet Yellen said on Thursday a tough road to recovery awaits the American economy ahead due to the coronavirus as she stressed the need for an immediate relief package.

"We’ve got some tough months ahead," the first woman to lead the Treasury, told ABC's Good Morning America in her first public interview since taking the office last week.

"We’re at a point in our history when we’re faced with not one but two crises -- a pandemic that has impaired the health of Americans and an economic crisis that is as serious as any I've seen in my lifetime -- and I want to make sure that Americans don’t suffer needlessly and that we attend to their needs," she said.

While there are more than 10 million jobless people in the world's largest economy, Yellen said 18 million people still claim unemployment insurance. "Seeing long lines of people waiting to get food around the country is something we should never see in the United States," she said.

Yellen's comments came at a time when President Joe Biden is struggling to find support from Republican lawmakers for his $1.9 trillion relief plan.

Without support from Republicans, Democrats in the House of Representatives voted Wednesday to approve a budget resolution that may allow the bill to pass the Senate later this week.

"This is really an urgent need, and we need to act big, we have to make sure that we provide a bridge so that people aren’t scarred indefinitely by this crisis," Yellen added.

She will meet financial regulators later Thursday amid an unprecedented surge in certain stocks in US markets, such as GameStop and AMC, which were pushed higher by small investors' long positions in recent weeks that caused massive losses to hedge funds that took short positions.

"We need to understand what happened," said Yellen, "We really need to make sure that our financial markets are functioning properly, efficiently, and that investors are protected."

"We’re going to discuss ... whether or not the recent events warrant further action," she said.