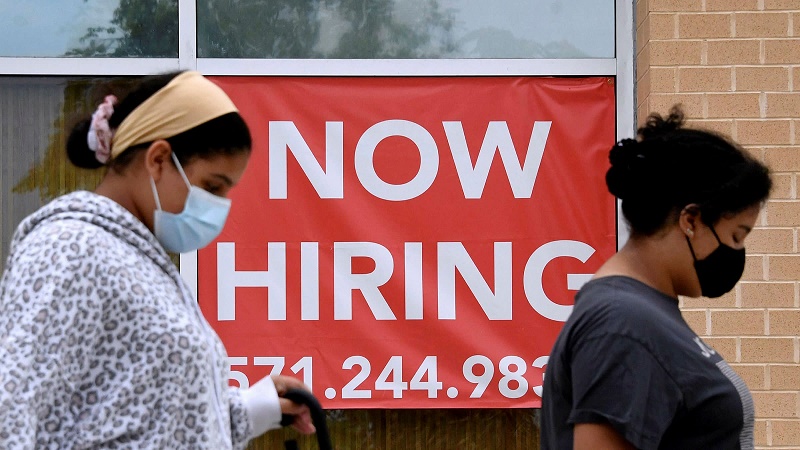 The Labor Department released a report on Thursday showing that the number of Americans filing first-time unemployment claims increased from 28,000 to 222,000 last week, up from its lowest level in 52 years.

The modest increase came after jobless claims tumbled to their lowest level since 1969 in the previous week, although the drop was partly attributed to the late timing of Thanksgiving this year, throwing off the seasonal adjustment.

"Claims data may continue to be noisy during the holiday period, but over time we expect initial claims will consistently hover around pre-pandemic levels, assuming the Omicron variant of the coronavirus has shown only a moderate negative impact on the economy," said Nancy Vanden Houten, lead economist at Oxford Economics.

Meanwhile, the Labor Department said the less volatile four-week moving average fell to a new pandemic-era low of 238,750, a decrease of 12,250 from the previous week's revised average of 251,000.

The report said continuing claims, a reading on the number of people receiving ongoing unemployment assistance also slid by 107,000 to 1.95 million in the week ended Nov. 20, hitting the lowest level since March of 2020.

On Friday, the Labor Department is scheduled to release its more closely watched report on the employment situation in November.