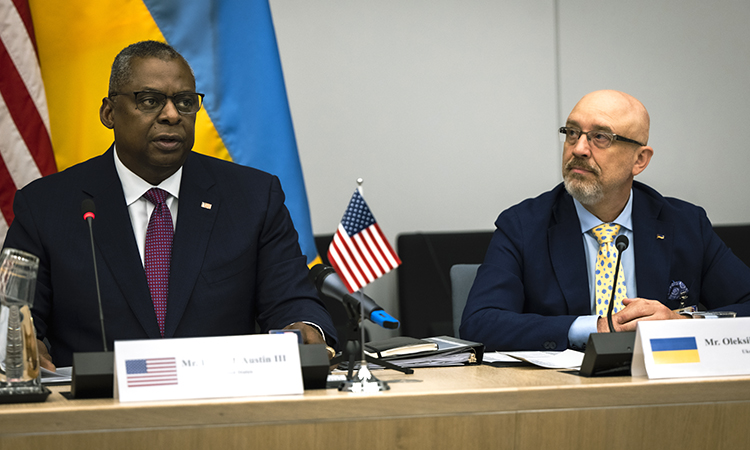 US Secretary of Defense Lloyd Austin and Ukraine’s Minister of Defense Oleksiy Reznikov held a phone conversation, the US Department of Defense said in a statement, News.Az reports.

“Secretary of Defense Lloyd J. Austin III spoke with Ukrainian Minister of Defence Oleksii Reznikov. Secretary Austin again underscored the U.S. commitment to support Ukraine’s ability to counter Russia’s war, as reaffirmed most recently by the announcement of an additional $550 million of U.S. security assistance for Ukraine earlier this week. In addition to discussing Ukraine’s security assistance needs, Minister Reznikov provided Secretary Austin with an update on the situation on the ground,” the statement reads.

On August 1, U.S. President Joe Biden signed a memorandum on the allocation of a new $550 million aid package to Ukraine.