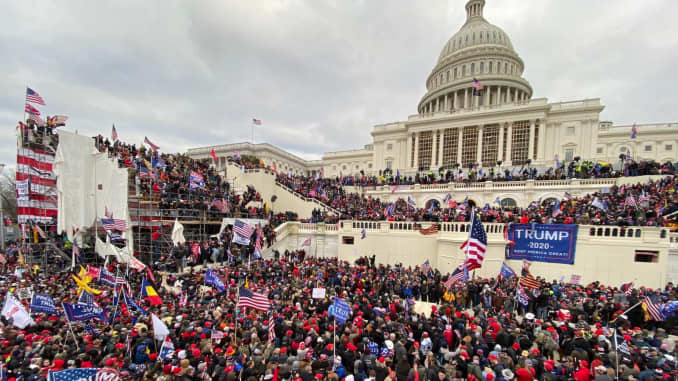 Chao, the wife of Senate Republican Leader Mitch McConnell, said in an email to staff that the mob attack “has deeply troubled me in a way that I simply cannot set aside.” She said her resignation will take effect on Monday.

In a letter to Trump, DeVos said the attack on the Capitol was unconscionable. “There is no mistaking the impact your rhetoric had on the situation, and it is the inflection point for me,” she wrote, adding her resignation would be effective Friday.

The White House did not immediately respond to a request for comment on DeVos’s resignation.

With less than two weeks left of Trump’s presidency, many aides were already heading for the door, but the sudden exodus suggested revulsion among some over his encouragement of supporters who brought chaos to the Capitol on Wednesday in an ultimately futile bid to prevent formal certification of Democrat Joe Biden’s election victory.

He was followed by Ryan Tully, senior director for European and Russian affairs at the National Security Council, said a second senior official.

The Republican Trump’s pledge on Thursday of an “orderly transition” on Jan. 20 was partly intended to head off further resignations, but the second official told Reuters: “It’s not going to stop it.”