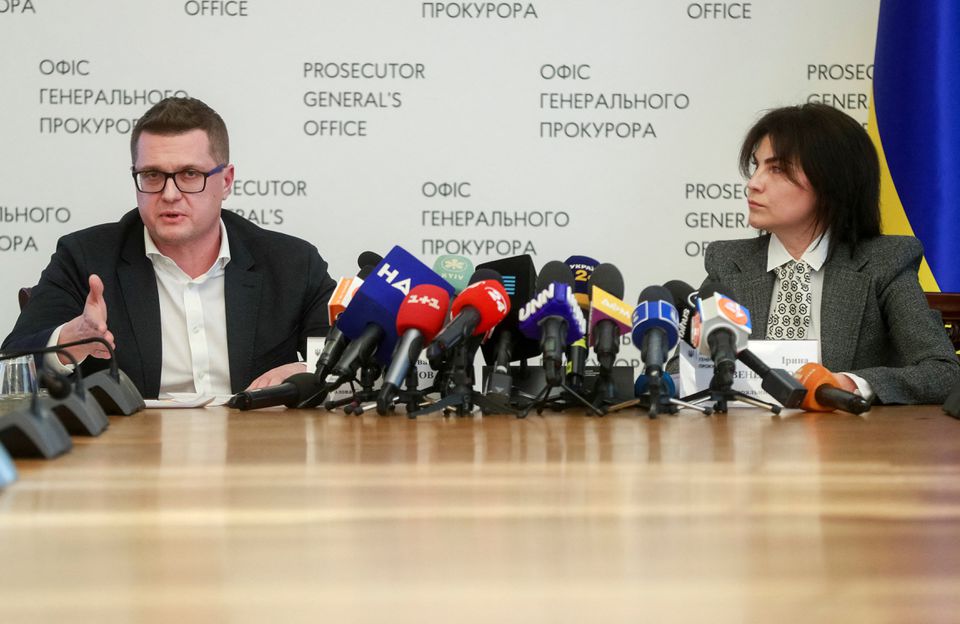 The United States will continue to provide intelligence to Ukraine after recent personnel changes in the inner circle of Ukrainian President Volodymyr Zelenskiy, the U.S. State Department said on Monday, News.az reports.

Zelenskiy sidelined his childhood friend as head of Ukraine's security service, and another close ally as top prosecutor, in Kyiv's biggest internal purge of the war, citing the failure of the two to root out Russian spies.

"We are in daily contact with our Ukrainian partners ... We invest not in personalities, we invest in institutions," State Department spokesperson Ned Price told reporters in a news briefing.

"We do have an intelligence-sharing relationship with our Ukrainian counterparts ... We continue to proceed ahead with that," he added.

More than 60 officials from Bakanov's SBU security agency and the prosecutor's office were working against Ukraine in Russian-occupied territory, and 651 treason and collaboration cases had been opened against law enforcement officials, Zelenskiy said earlier.

Zelenskiy, widely feted on the world stage as a decisive wartime leader, had been dogged before the invasion by accusations that he had named friends and other outsiders to jobs in which they were out of their depth.