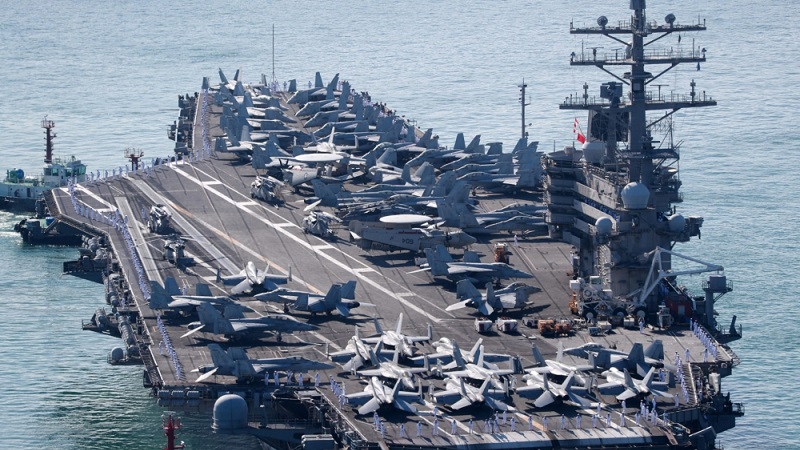 The US, South Korea, and Japan will hold trilateral anti-submarine drills this week for the first time in the last five years amid evolving threats from North Korea, News.Az reports citing Yonhap News Agency.

The official confirmation of joint drills came just a day after North Korea fired another two short-range ballistic missiles into the East Sea on Wednesday.

"The training is part of the defense ministry's steps to restore military cooperation among South Korea, the US, and Japan to a level before 2017, so as to respond to North Korea's nuclear and missile threats," Yonhap News Agency quoted a South Korean official, without naming, as saying.

The drills are scheduled to kick off on Friday in the international waters of the East Sea.

"We have chosen the international waters of the East Sea as the training area in consideration of North Korea's SLBM (Submarine-Launched Ballistic Missile) threats and key areas of submarine activities," said the official.

According to the agency, the exercises will focus on detecting, identifying, and tracking North Korean submarines equipped with capabilities to launch SLBMs.

Last time, the joint drills among the US, Japan, and South Korea were held in 2017.

However, security cooperation among the three countries enhanced to counter North Korea as tension grew in the region after Pyongyang adopted a new law to use pre-emptive nuclear strikes to protect itself, declaring North Korea a nuclear weapons state earlier this month.

The four-day combined naval exercises by the US and South Korea are already underway in the East Sea which started on Monday.

Tension on the peninsula rose in 2020 when North Korea attacked and blew up the inter-Korean liaison office along the border. Seoul has threatened a strong response if Pyongyang "further worsens the situation."

However, tensions soared further last year when both Seoul and Pyongyang ramped up military drills to show off their might.