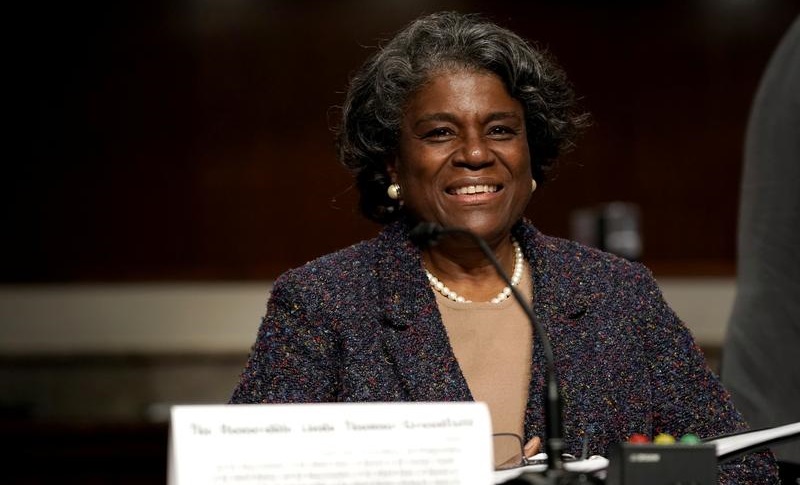 The U.S. Senate Foreign Relations Committee’s vote on President Joe Biden’s nominee for ambassador to the United Nations, Linda Thomas-Greenfield, has been delayed until Thursday, which could push her confirmation by the full Senate to next week or later.

Under committee rules, any member can delay the vote on a nominee until its next business meeting. The panel has scheduled another business meeting to consider Thomas-Greenfield’s nomination for Thursday.

A committee aide said on Wednesday that Republican Senator Ted Cruz had asked for the delay because of Thomas-Greenfield’s past remarks on China, including a speech the veteran diplomat gave in 2019 at a Confucius Institute, a center funded by the Chinese government at a U.S. university.

Cruz was among a few Republicans who questioned Thomas-Greenfield about the speech at her confirmation hearing.

Cruz later said on Twitter that he had slowed the nomination. “China is the greatest geopolitical threat to our country,” he wrote.

At her confirmation hearing last week Thomas-Greenfield stressed the importance of U.S. re-engagement with the 193-member United Nations in order to challenge efforts by China to “drive an authoritarian agenda.”

Cruz, a vocal Biden critic, was a leader of a group of senators who objected to the certification of the Democratic president’s election on Jan. 6, the day thousands of Donald Trump supporters attacked the Capitol building.