US Secretary of State to meet Turkish president 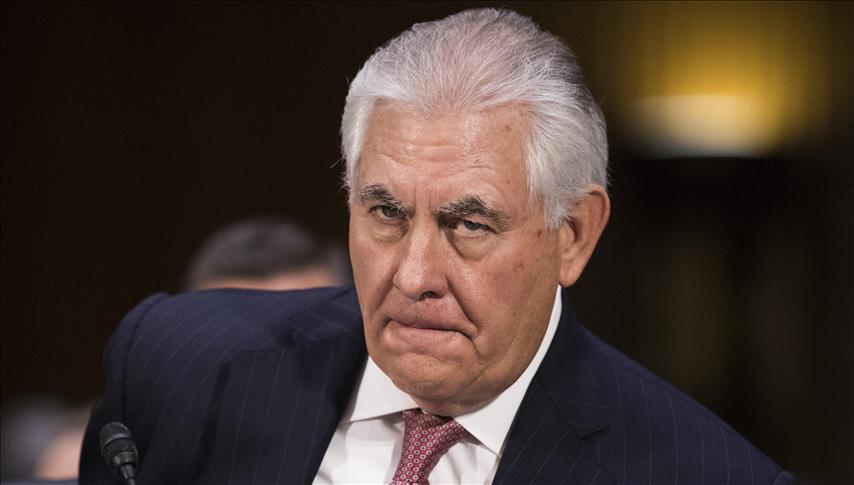 Mevlut Cavusoglu said during a live TV interview that he and President Recep Tayyip Erdogan would meet Tillerson in two weeks, according to Anadolu Agency.

Cavusoglu also said Erdogan planned to meet U.S. President Donald Trump after the upcoming April 16 referendum in Turkey that will decide an 18-article constitutional reform bill that will will also change the current parliamentary system to an executive presidency.

Addressing the Netherlands’ general elections earlier this week and increased support for far-right politician Geert Wilders, Cavusoglu said the Dutch politician was "against EU, the European values and institutions, foreigners, Muslims and Islam.

"He is a total fascist, no other description for him," Cavusoglu said.

In recent weeks, several European countries have blocked events in which Justice and Development (AK) Party ministers had been due to speak to Turkish nationals living abroad about the referendum regarding switching to a presidential system.

The Netherlands on Saturday refused permission for Cavusoglu’s plane to land. And when Family Minister Fatma Betul Sayan Kaya tried to step in she was prevented by police from entering the Turkish consulate in Rotterdam and was escorted to the German border for deportation.

Cavusoglu criticized police, who had permission to shoot, for blocking Kaya from going into the consulate building.

Asked what would have happened if the Dutch police had fired on any Turkish citizen, Cavusoglu was succinct. "It is a reason for war,” he said.

If the Netherlands does not correct its mistake, Turkey will take additional steps against the country, he added.

Ankara is weighing possible sanctions against the Dutch government -- not its citizens -- as Cavusoglu said in an earlier remark that an official apology would not be enough to normalize relations.