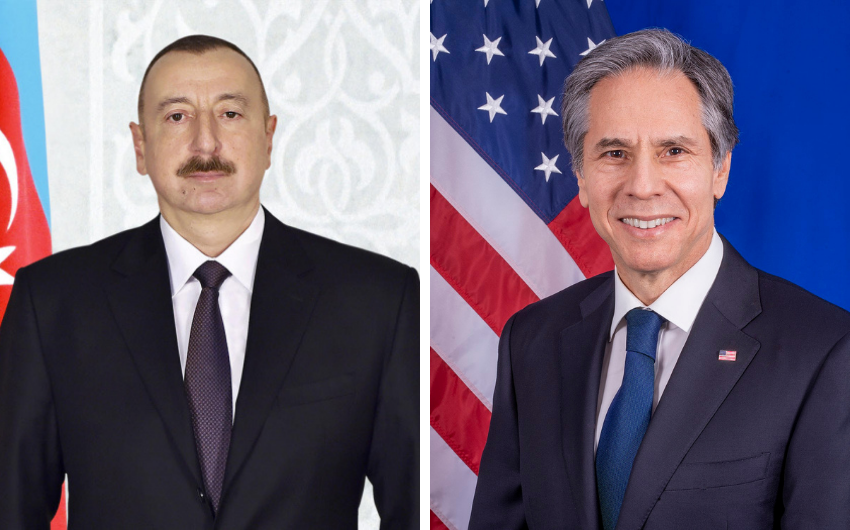 On May 11, U.S. Secretary of State Antony Blinken made a phone call to President of the Republic of Azerbaijan Ilham Aliyev, News.az reports.

During the telephone conversation, US Secretary of State Antony Blinken extended his congratulations over the 99th birthday anniversary of great leader Heydar Aliyev. He also noted that the U.S. State Department and U.S. ambassadors to the three countries of the South Caucasus had recently visited Azerbaijan and held fruitful discussions during the visit.

The US Secretary of State expressed his support for the talks between Azerbaijan and Armenia and the potential conclusion of a peace agreement in this regard, and voiced his hope that this would contribute to lasting peace in the region.

Antony Blinken also stressed that the United States was ready to support the process of delimitation and demarcation of borders between Azerbaijan and Armenia, as well as the opening of transport communications.

The President thanked for the congratulations.

President Ilham Aliyev said that Armenia had accepted the five principles presented by Azerbaijan in order to normalize relations with Armenia and that Azerbaijan was ready to start negotiations on a peace agreement based on these principles. President Ilham Aliyev also noted that Azerbaijan has determined the composition of the national commission to begin the process of delimitation and demarcation as soon as possible, and stressed the importance of opening transport and communication lines.

The sides also touched upon issues related to the humanitarian agenda between Armenia and Azerbaijan.

Energy security issues were also discussed during the telephone conversation.

During the talk, the sides exchanged views on the opportunities for increasing dialogue between the two countries and the process of democratization in Azerbaijan, and stressed the role of the intergovernmental commission in the development of bilateral relations.