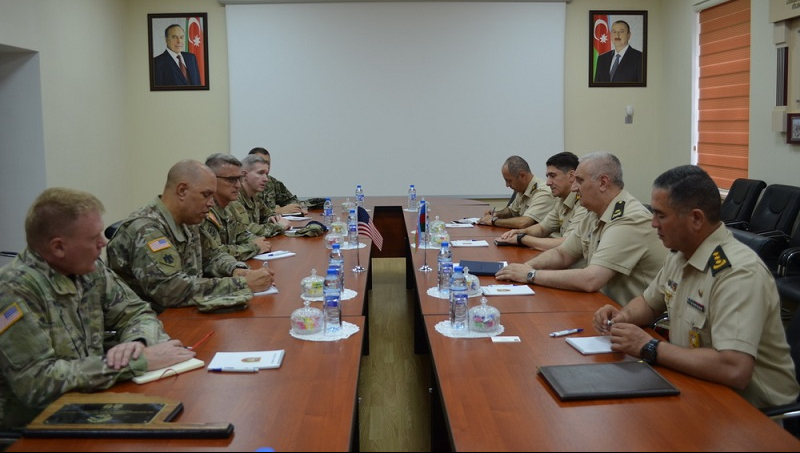 The meeting determined new vectors of bilateral cooperation in various fields between the Azerbaijan Army and the US Oklahoma Army National Guard within the framework of the State Partnership Program approved between the Republic of Azerbaijan and the United States, as well as discussed joint projects.

The sides stressed the importance of the development of mutual relations between the Azerbaijan Army and the US Oklahoma Army National Guard.

Then the visit of the delegation to one of the military units was organized.

A memorial stand dedicated to the servicemen who became Shehids (Martyrs) during the 44-day Patriotic War was visited. Major General M. Thompson signed the Book of Distinguished Visitors and Guests.

After the briefing held in the conference hall of the military unit, the delegation got acquainted with the activities of the units declared into NATO OCC Pool of Forces Operational Capabilities Concept (OCC), as well as with the social and living conditions created for these units.

At the end of the visit, the sides exchanged gifts and a photo was taken.