US no longer had 'clear purpose' in Afghanistan, Biden says﻿﻿ 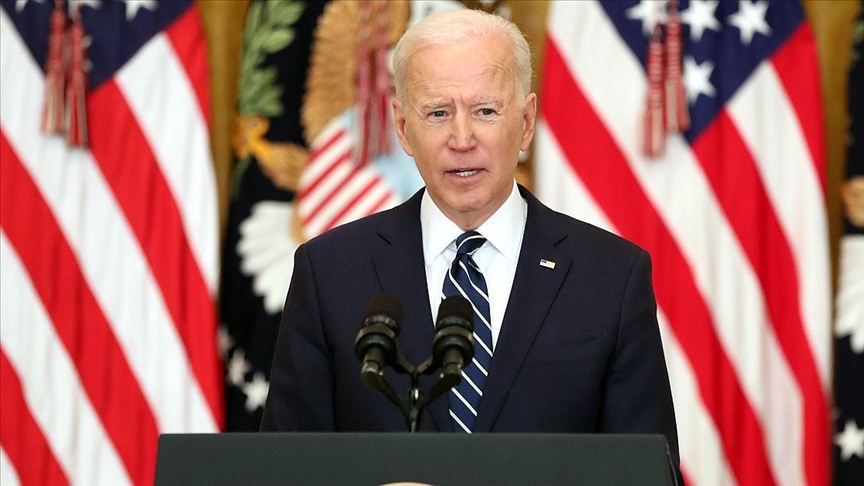 The US was without a clear aim as it entered the twentieth year of its war in Afghanistan, President Joe Biden said Tuesday, defending his decision to pull out of the war-torn country, Anadolu Agency reported.

Biden said the US "had been a nation too long at war," and he was faced with a decision of either "leaving or escalating," a reference to a pact his predecessor brokered with the Taliban that ensured American forces would not come under attack as they pulled out of Afghanistan.

Should Biden have chosen to ignore the Taliban's insistence that US forces leave by his self-imposed Aug. 31 deadline, direct hostilities with the group were highly likely to occur. The Taliban said the date was a "red line," and vowed "consequences" should foreign forces remain beyond August.

"We no longer had a clear purpose in an open-ended mission in Afghanistan," Biden said while addressing the nation from the White House. "After 20 years of war in Afghanistan, I refused to send another generation of America’s sons and daughters to fight a war that should have ended long ago.”

The president vowed to end the war during the 2020 White House race and fulfilled that vow ahead of its two-decade anniversary.

"I made a commitment to the American people to end this war. Today, I have honored that commitment," he said, maintaining the decision was the "best decision for America."

The US invaded Afghanistan in the wake of the Sept. 11, 2001, terror attacks after the Taliban refused to hand over al-Qaeda mastermind Osama bin Laden, who claimed responsibility for the attacks that killed nearly 3,000 Americans.

Bin Laden was killed 10 years later during a special operations raid at a complex where he had holed up in Abbottabad, Pakistan, and Biden has maintained that after he was killed the US rationale for remaining in Afghanistan had become unclear.

The president has come under fire for how the withdrawal was executed, particularly with scenes of people flocking en masse to Kabul's Hamid Karzai International Airport in hopes of escaping Taliban rule, and for a terror attack last Thursday that killed 13 American service members at the airport. Nearly 170 Afghans were killed in the suicide bombings.

Biden defended the evacuation as an "extraordinary success" that resulted in more than 122,000 people being extracted from Afghanistan, including over 5,500 Americans. He said the chaotic scenes and threats faced would have occurred regardless of when the evacuation happened.

"Imagine if we began evacuations in June or July," said Biden. "There still would have been a rush to the airport, a breakdown in confidence and control of the government, and it still would have been a very difficult and dangerous mission. The bottom line is there is no evacuation from the end of a war that you can run without the kinds of complexities, challenges and threats we faced. None.”