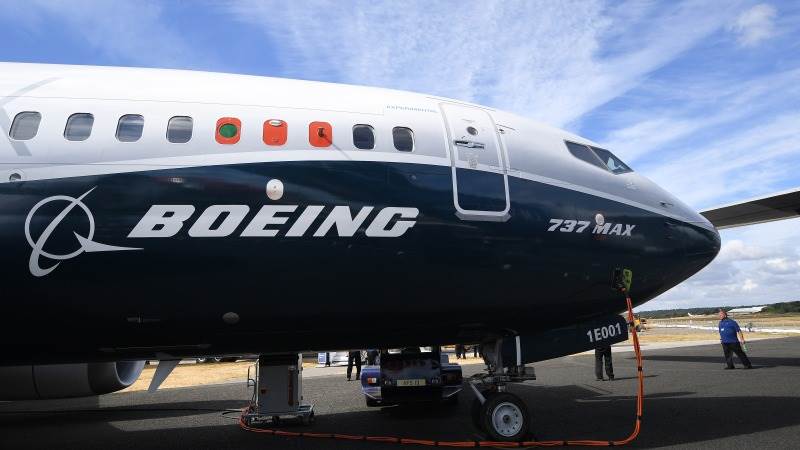 The U.S. Justice Department announced on Thursday that Boeing has agreed to pay more than 2.5 billion U.S. dollars to resolve a criminal charge related to a conspiracy to defraud regulators over the 737 MAX crashes, Xinhua reports.

"Boeing's employees chose the path of profit over candor by concealing material information from the FAA concerning the operation of its 737 Max airplane and engaging in an effort to cover up their deception," Burns said, referring to the Federal Aviation Administration.

Boeing, a U.S.-based multinational corporation that designs, manufactures, and sells commercial airplanes to airlines worldwide, entered into a deferred prosecution agreement (DPA) in connection with a criminal information filed in the Northern District of Texas, the Justice Department said in a statement.

Under the terms of the DPA, Boeing's 2.5-billion-dollar fine is composed of a criminal monetary penalty of 243.6 million dollars, compensation payments to Boeing's 737 MAX airline customers of 1.77 billion dollars, and the establishment of a 500-million-dollar crash-victim beneficiaries fund to compensate the heirs, relatives, and legal beneficiaries of the 346 passengers who died in the Boeing 737 MAX crashes of Lion Air Flight 610 and Ethiopian Airlines Flight 302, according to the statement.

Boeing's 737 MAX jets had been grounded across the globe since early March 2019 following more evidence emerging indicated that its key flight control software played a part in two deadly air crashes in less than one year.

In November, the FAA cleared Boeing 737 Max to fly again after a 20-month grounding. Last week, American Airlines flew a Boeing 737 Max from Miami to New York with paying passengers on board, making the first commercial flight after worldwide grounding of the troubled aircraft.