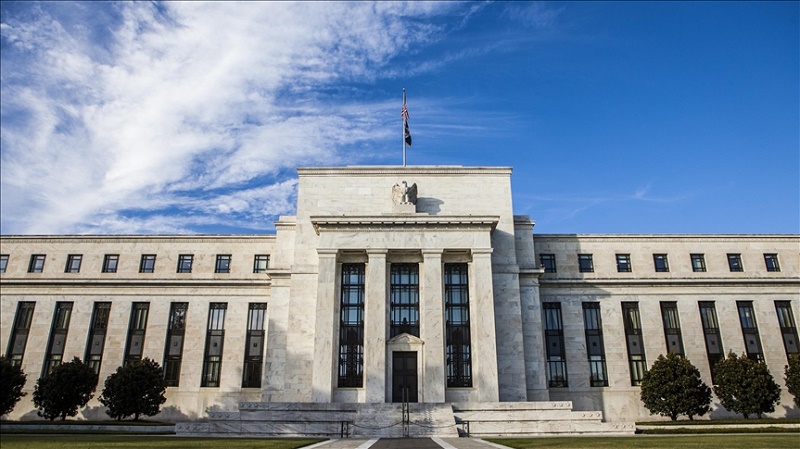 The US Federal Reserve increased its unemployment and inflation expectations for 2021, according to projections released Wednesday after it kept its benchmark interest rate unchanged at the end of a two-day meeting, Anadolu Agency reports.

The central bank expects the unemployment rate to average 4.8% this year, from the previous estimate of 4.5% made in June.

Core PCE inflation is now anticipated at 3.7% this year, up from the previous estimate of 3%.

But the Fed lowered the US economic growth forecast significantly to 5.9%, from a 7% estimate in June.

The central bank indicated its increase in interest rates, of 25 basis points, may come next year.

There could be four more rate hikes in 2023 of 0.25% each, which are up from an estimated two hikes made in June.

Although the Fed kept repeating it would not raise its benchmark interest rate until full employment is achieved, it may be forced into an increase to tame rising inflation.