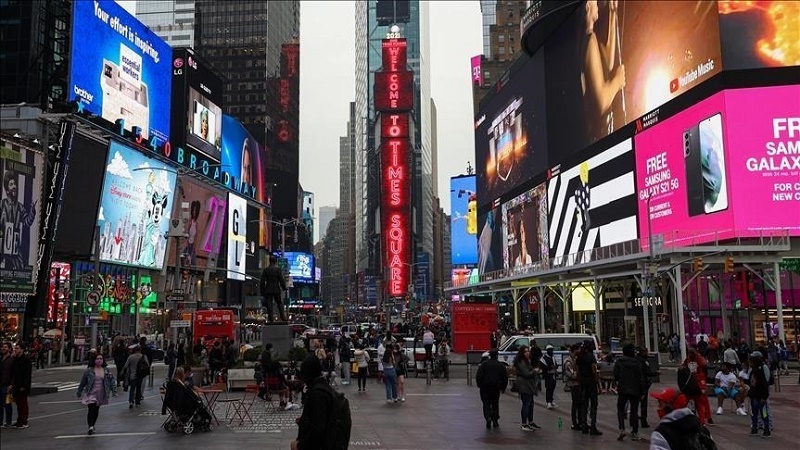 The chairman of the US Federal Reserve said that the coronavirus-led supply chain and labor issues in the American economy are unprecedented, Anadolu Agency reports.

"We are really living in unique times. I have never seen these kinds of supply chain issues, and never seen an economy that combines drastic labor shortages with lots of unemployed people and a lot of slack in the labor market," Jerome Powell said on Friday during the live event Fed Listens: Perspectives on the Pandemic Recovery.

The US economy could only add 235,000 jobs in August, much lower than the expected 750,000, according to the Labor Department's latest figures.

More than 22 million people in the US lost their jobs in March and April of 2020 due to the pandemic. The world's largest economy still has 8.4 million unemployed workers as of last month.

Job openings in the US, however, jumped to a new record of 10.9 million in July, according to the Labor Department.

"It's a very fast-changing economy," Powell said, adding the recovery would be different from the economic crisis the past.

Amid weak jobs data, the Fed on Wednesday delayed the start of its tapering, the process of scaling back its $120 billion worth of monthly bond purchases, to the following months.

Cleveland Fed President Loretta Mester said on Friday that tapering should start in November, and that the central bank could start raising interest rates by the end of 2022.

"I support starting to dial back our purchases in November, and concluding them over the first half of next year," she said during an event at the Ohio Bankers League.

Kansas City Fed President Esther George said on Friday normalization after the pandemic continues to be "the key dynamic shaping the economic outlook," but argued that the US economy would look different after the recovery.

"Some of the changes coming out of the pandemic will persist and alter the structure of the economy," she told during an event at the American Enterprise Institute.