US: Cuomo under fire for hiding nursing home toll 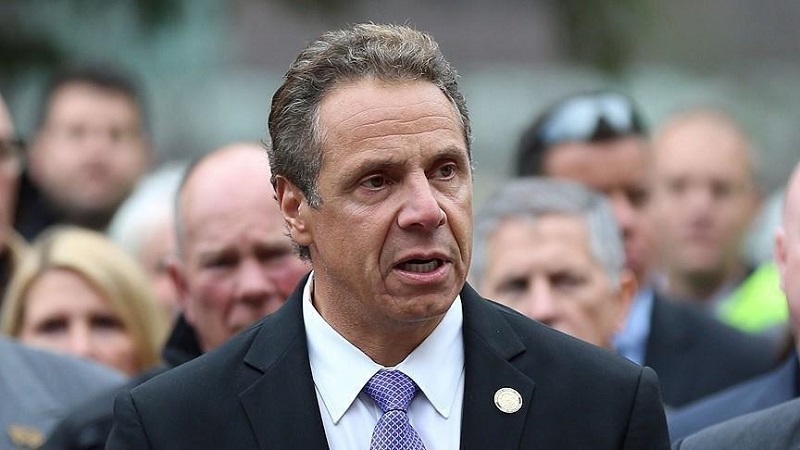 New York Gov. Andrew Cuomo and his team were under fresh criticism Friday for allegedly suppressing the US state's nursing home death toll.

The New York Post reported that Melissa DeRosa, a top Cuomo aide, told a video call with Democrats on Wednesday that Cuomo's administration had denied an August request from state lawmakers for the number of people who died in New York nursing homes because "right around the same time, [then-President Donald Trump] turns this into a giant political football."

"He starts tweeting that we killed everyone in nursing homes,” DeRosa said, according to the Post, which obtained an audio recording of the call. “And basically, we froze."

Democratic State Senator Andrew Gounardes said the matter is a "betrayal of the public trust."

"There needs to be full accountability for what happened, and the legislature needs to reconsider its broad grant of emergency powers to the governor," he said on Twitter.

DeRosa's comments were made public about two weeks after State Attorney General Letitia James released a report that found coronavirus-related deaths in nursing homes across New York state may have been undercounted by 50%.

The study included a sample of 62 nursing homes or 10% of total facilities in the state. It said a larger number of residents died from COVID-19 than Department of Health data reflected.

While nursing homes reported 1,914 deaths from the virus, the state's health department said only 1,229 deaths occurred at those facilities, it added.

"As the pandemic and our investigations continue, it is imperative that we understand why the residents of nursing homes in New York unnecessarily suffered at such an alarming rate," James said in a statement.

"While we cannot bring back the individuals we lost to this crisis, this report seeks to offer transparency that the public deserves and to spur increased action to protect our most vulnerable residents," she added.