US commends Azerbaijan’s contribution to global fight against terrorism 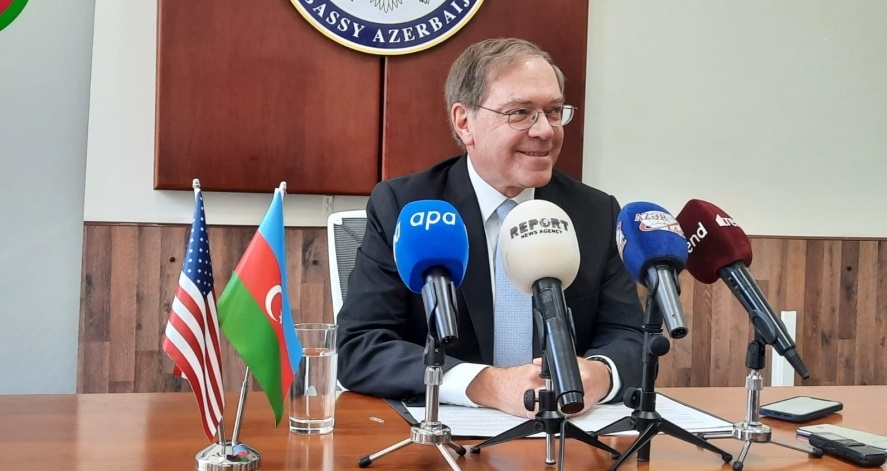 The United States deeply values Azerbaijan’s contribution to the global fight against terrorism, US Ambassador to Azerbaijan Earle Litzenberger said at a briefing in Baku on Thursday, a correspondent of News.Az reports.

The diplomat reiterated the US’ commitments to supporting peace and stability in the South Caucasus.

Litzenberger said he is going to end his tenure as the US ambassador to Azerbaijan.

“I really enjoyed being in this country. Relations between the two countries will continue to develop in the future,” he said.

Litzenberger recalled that this year marks the 30th anniversary of diplomatic relations between the US and Azerbaijan. “Over the past 30 years, we have worked with Azerbaijan in the areas of rule of law, security, economy and energy,” the diplomat added.