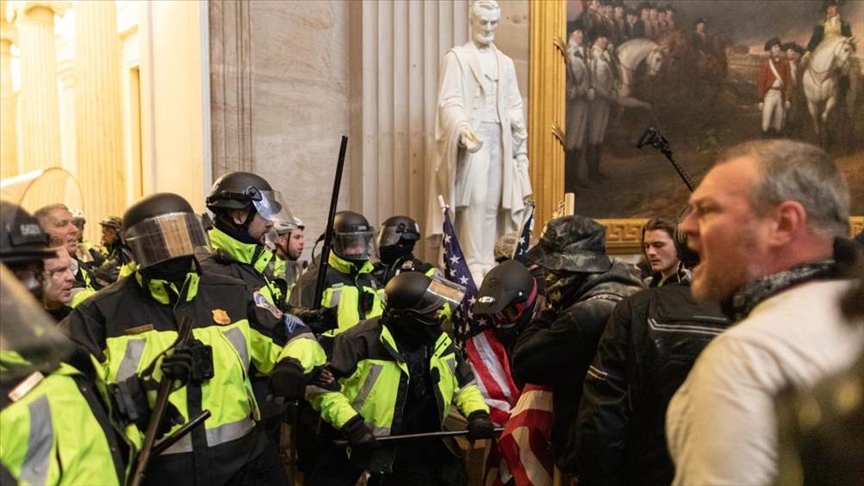 A man who organized the "Stop the Steal" movement of US President Donald Trump's supporters said he worked in collaboration with three Republicans in the House of Representatives to organize the fatal riot.

Ali Alexander said in a since-deleted Periscope video that he developed the plan for rioters to storm the US Capitol in lockstep with hardline Trump supporters Andy Biggs, Mo Brooks and Paul Gosar.

"I was the person that came up with the Jan. 6 idea with Congressman Gosar, Congressman Mo Brooks and Congressman Andy Biggs. We four schemed up of putting maximum pressure on Congress while they were voting so that who we couldn't lobby, we could change the hearts and the minds of Republicans who were in that body, hearing that loud roar from outside," the right-wing activist said.

While the video was later deleted, clips remain on social media, including of the above allegations. Alexander has been banned from Twitter and a page for his movement has been removed.

A spokesman for Biggs denied that the congressman helped to hatch the plot and that the lawmaker has been in contact with Alexander.

"Congressman Biggs is not aware of hearing of or meeting Mr. Alexander at any point — let alone working with him to organize some part of a planned protest," the spokesman said in a statement to the Washington Post.

Brooks and Gosar did not respond to the newspaper's request for comment.