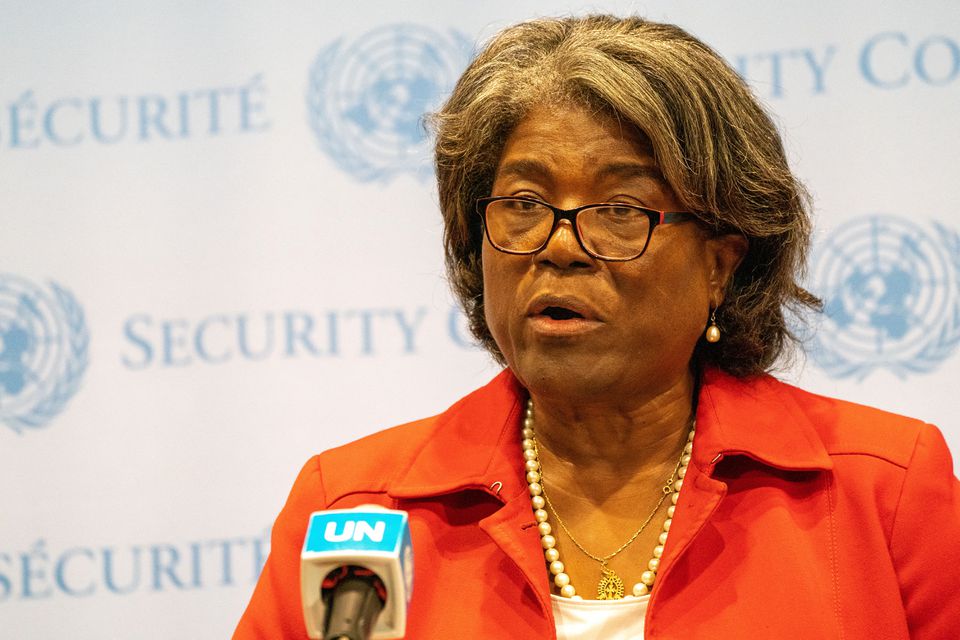 The United States will introduce a resolution at the United Nations Security Council condemning referendums held by Russia in occupied regions of Ukraine, the U.S. Ambassador to the U.N. said on Tuesday, News.az reports citing UNIAN.

The resolution, to be introduced jointly with Albania, will call on member states not to recognize any altered status of Ukraine and also obligate Russia to withdraw its troops, envoy Linda Thomas-Greenfield said.

"Russia’s sham referenda, if accepted, will open a pandora’s box that we cannot close," she said at a council meeting.

The United States is working quickly on the resolution, a U.S. official said, providing no details on when it would officially be introduced.

The Russian mission to the United Nations in New York did not immediately respond to a request for comment.

Russia has the ability to veto a resolution, but Thomas-Greenfield said: "If Russia chooses to shield itself from accountability here in the Council, we will then look to the UN General Assembly to send an unmistakable message to Moscow."