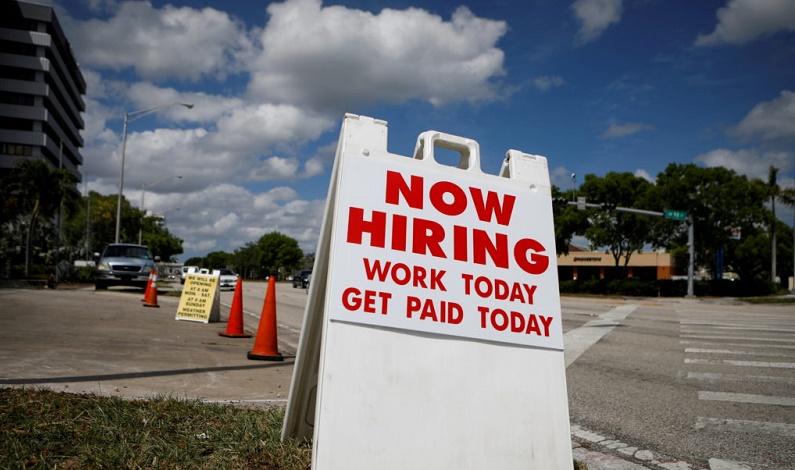 Employers in the United States added a solid 678,000 jobs in February, far more than expected, pushing the labor market closer to maximum employment, but rising headwinds from geopolitical tensions could hurt business confidence and slow job growth in the months ahead, News.Az reports citing Reuters.

Labor market conditions tightened further, with the unemployment rate falling to 3.8%, the lowest since February 2020, from 4.0% in January. That was despite more people entering the labor force.

Federal Reserve Chair Jerome Powell this week described the labor market as "extremely tight," and told lawmakers that he would support a 25-basis-point interest rate increase at the U.S. central bank's March 15-16 policy meeting and would be "prepared to move more aggressively" if inflation does not abate as fast as expected.

Oil prices have surged above $100 a barrel since Russia launched a war against Ukraine last week, invoking a barrage of sanctions against Moscow by the United States and its allies.

"There is plenty of concerning news in the world right now, from the Russia-Ukraine conflict to sky-high inflation," said Sam Bullard, a senior economist at Wells Fargo in Charlotte, North Carolina. "But the U.S. employment recovery continues to be a bright spot amid the carnage."

In the wake of January's employment report and hot inflation readings, financial markets priced in a half percentage point hike. That is now off the table amid worries about the fallout from the Russia-Ukraine war. Economists expect as many as seven rate hikes this year.