Unvaccinated Djokovic to reportedly play in Dubai after controversy 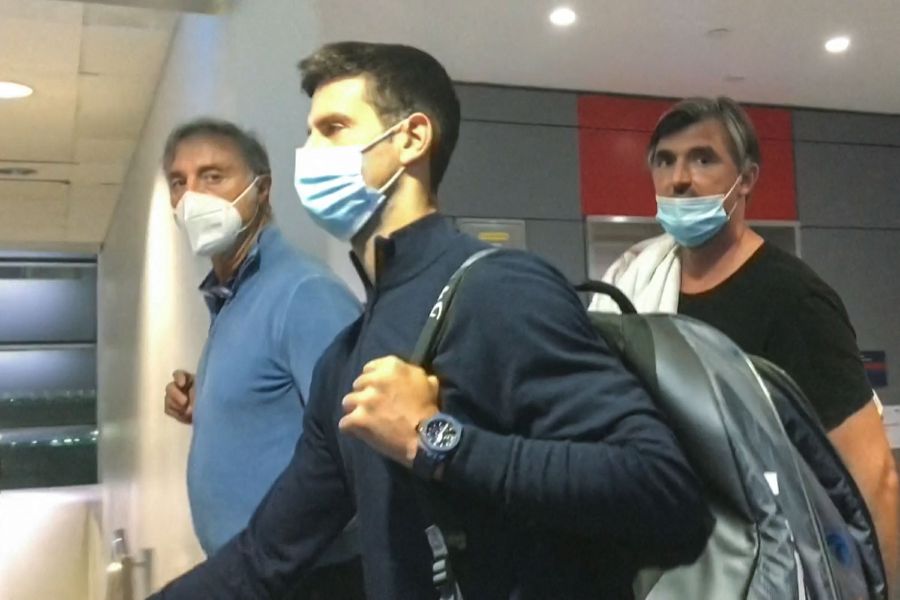 After stirring up controversy in Australia over COVID-19 vaccination, Novak Djokovic has signed up to play at an ATP tennis tournament in Dubai next month, reports said Wednesday.

The world No. 1 was denied a shot at winning a record 21st Grand Slam title after he was deported from Australia over his unvaccinated status, News.Az reports citing AFP.

A leaked entry list shared by tennis journalists on social media and picked up by several outlets showed Djokovic named as the top seed for the Feb. 21-26 event.

The 34-year-old Serb lost a legal battle to remain in Australia and defend his Australian Open crown this month in a COVID-19 controversy that made headlines around the world.

Djokovic's next moves have been unclear since he flew out of Melbourne and home to Belgrade, via Dubai, as the tournament he has won a record nine times got under way in Melbourne.

The pandemic has proved damaging for the all-time tennis great, who organized a super-spreader tournament series in 2020 and was pictured maskless at an awards ceremony a day after he tested positive in December.

He was first handed an exemption to play by Tennis Australia despite his unvaccinated status, but Australian authorities revoked his visa in a decision that was ultimately upheld by the Federal Court.

Djokovic, who shares the record of 20 major titles with Rafael Nadal and Roger Federer, now faces diminishing possibilities to add to his haul with France, host of Roland Garros, barring unvaccinated sportspeople and New York, home of the US Open, also under stringent virus rules.

Coronavirus vaccination is not a requirement to enter the United Arab Emirates, where 100 percent of residents have had at least one jab.